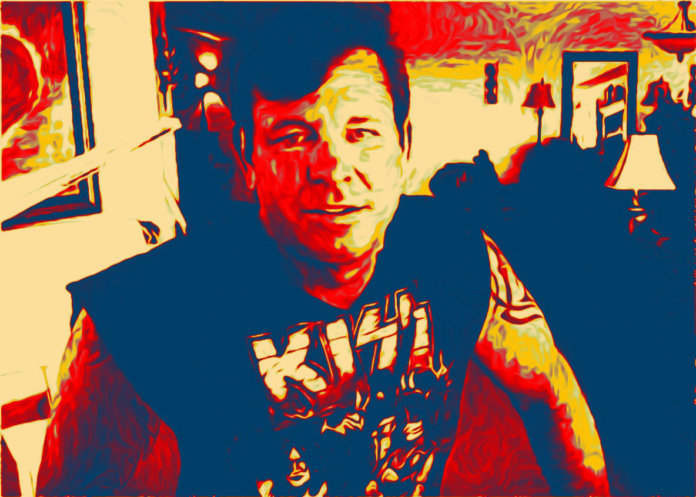 Russ Rollins has spent the past two decades roasting people on air, and embracing the archetypal form of a boorish, testosterone overdosed shock jock.

He has said many things, embarrassed dozens, and in general, has done whatever he has wanted to do. This has earned big ratings for Real Radio and formed a culture of “anything goes”, as long as listeners tune in. As long as advertisers write big checks.

As Rollins, and the program he headlines (Monsters in the Morning) has grown, so has his alleged penchant for physically and emotionally abusing his love interests.

Spouse after spouse, media outlets have had plenty of material to work with over the years. Videos and photos have shown bruises, black eyes… raw depictions of Rollins’ supposed handiwork.

Recently, we published an open letter from his latest victim, Wendie Adubato. Ms. Adubato describes being battered like several past paramours of Mr. Rollins.

Doing so, and re-exposing what most in Central Florida already knew about Russ Rollins, has ignited a firestorm. Sycophants are lining up to suck up, and the rest of us are left with a lot of questions.

iHeart Media is paralyzed, not knowing whether it’s a bigger loss to let him keep his job or cut him loose. Many feel that they are willing participants at this point, how many women must suffer abuse before they take a stand?

Program Director Jack Bradshaw emailed me on behalf of Linda Byrd, who several of our sources say is keenly aware of Rollins’ rocky home life.

“I’m writing in response to your voicemail to Linda Byrd in regards to Russ Rollins.

I’m sure you can understand that we cannot comment on personal matters of an employee and accusations made about them, but do know that Russ is consulting with his attorney and is disputing the claims.

We take matters of this kind very seriously, and intend to be vigilant about ascertaining facts and responding accordingly.”

By this logic, Rollins could commit treason against the United States, but as long as he is disputing it… iHeart Media would have “no comment.”

At least we can confirm this statement that they claim to be investigating the manner. I wonder what conclusion they will reach about their biggest earner? Will he stay or will he go?

“Leslie and I are on your side. Get away and stay away. You deserve so much more.”

The comment was in response to someone sharing our article “104.1FM’s Russ Rollins Abused Me, My Message To Other Women”. Wilson was closer to Rollins than almost everyone sharing their thoughts about his abusive history, myself included.

While we have seen the bruises, heard Rollins rehearsed denials, Wilson saw “the man behind the menacing” yuck it up each day.

He saw how Russ was able to put a show on for the audience and his bosses, while being someone completely different behind closed doors.

I reference this because many of Rollins’ fans have refused to believe the allegations. Even after multiple women have come forward with consistent accounts of his physical/emotional assaults, they can’t believe it.

However, there are some who, like Russ, believe that any woman who shares her story of abuse is just a gold digger, mentally ill, or suffering from substance abuse.

This is a classic tactic used by abusers and narcissists, who work to convince everyone around them that they are always right. Furthermore, if you disagree with them or challenge them, you are doing so because you are less intelligent, less capable, or flat-out evil.

Russ Rollins has made a career on building himself up to be an infallible tough guy. In building that persona and keeping his advertisers flush with inbound calls, he has been encouraged to be bigger, bolder, and rougher.

In the coming weeks, further evidence will be released that will show many of us what we already know. If it walks like a duck, quacks like a duck, it must be a duck.

Our sources say that Rollins has been avoiding home and sneaking into the backdoor at the studio to avoid being served. Ironic considering he orchestrated an elaborate plot to be served divorce papers on air not too long ago.

He is badgering people online about taking the article down and informing them that Mark NeJame, his attorney, will take action if they don’t.

Now that the light has been shined upon him, he cowers and begs us to take down Wendie’s account.

Mr. Rollins, I’ll make you a deal. If you submit to questioning under oath about the allegations you face and prove them to be false, we will remove the articles.

Public figures have rebounded from worse and prospered, it remains to be seen it’s in the cards for Russ Rollins.