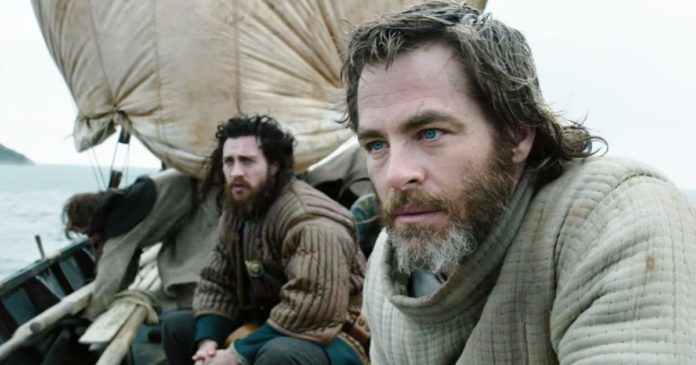 It is a good quick binge of an interesting point in history.

If you know anything about the Scottish War of Independence, you may know it mainly from the blockbuster film Braveheart.  Braveheart depicts Mel Gibson as Sir William Wallace, a Scottish knight who served as Guardian of Scotland during England’s annexation.

Historically, Outlaw King is a sequel to that film, depicting the surrender and subsequent revolution of Scottish barons to King Edward of England.  However, Outlaw King is no Braveheart, removing cinematic artistry for gritty knight-on-knight violence, and inspirational speeches to fast-paced guerrilla warfare.

To give some historic background, after King Alexander III of Scotland died, the throne rested on his granddaughter, Princess Margaret of Norway, who dies shortly thereafter.  With a civil war at risk, the Scottish barons invited King Edward to mediate the dispute, on condition he would be made Lord Paramount. After the barons select John Balliol as their King, he is made a puppet of King Edward and eventually deposed.  This led to King Edward to invade Scotland and establish himself as sovereign over the state.

Outlaw King refers to Robert the Bruce, Earl of Carrick, who claimed the Throne of Scotland in defiance of King Edward.  What follows is a rapid-fire medieval drama that exemplifies the violence of Sir William Wallace with none of the valor.

The quick tempo of the story drew you into the depth of the tale, as you watch a band of Scottish rebels destroy their own lands in an anarchic effort to retake their homelands.

Though the story itself landed perfectly, that could only be from the history behind the deeds of King Robert.  But if you were looking for a Gibson-style freedom fighter, Chris Pine is more of a silent Wonder Woman boyfriend than the King of Scotland who liberated their state from an oppressive England, centuries before the United States.

King Robert was truly the George Washington of Scottish history, yet this film turns this noble ruler into a brooding Stoic with very little character backstory.  The film was long, but with the actual legacy of King Robert, the filmmakers and Netflix would have done well to expand this film into a limited series. Otherwise, it is a good quick binge of an interesting point in history.