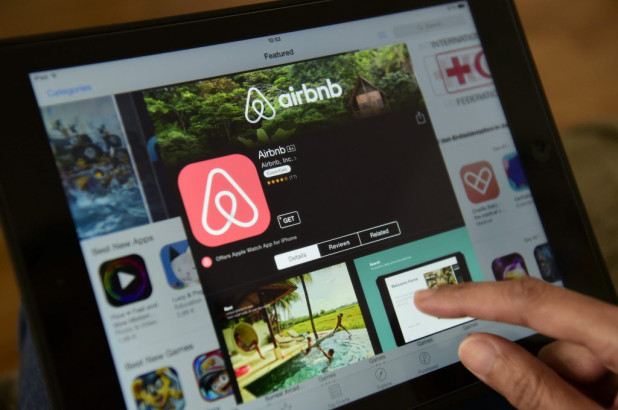 The company has deep ties to progressive political operatives and donors across the nation, who have lead the company’s efforts to savage Republicans.

In the past couple of weeks, we have exposed Airbnb’s ties to the anti-Semitic Women’s March and documented how Florida Governor Ron DeSantis has taken action against the company for targeting Jewish homeowners in their Israel-ban.

DeSantis, though having just assumed office earlier this month, seems to be the most active opponent of the home-sharing company that has faced little blowback from elected leaders for their blatant favoritism of Democrats when it comes to campaign donations.

Tech driven operations like Airbnb are almost always infested with globalists and alt-left social justice warriors, but how committed to the cause is Airbnb? A review of their donations to political campaigns and candidates reveals that donations to Democrats or progressive political committees accounted for 98% of their total giving in 2016.

They doled out slightly less money to the left in 2018, but still gave 95% to Democrats or progressives to fuel their “blue-wave”, according to OpenSecrets, which tracks political donations and expenditures. The Bay Area startup, and it’s top executives, have a long documented history of propping up liberal politicos and tearing down Republicans. Starting with the CEO of Airbnb who was a top donor, around a quarter million dollars, to Hillary Clinton-affiliated PACs.

In fact, Airbnb staff has even attacked Republicans running for office directly. Airbnb’s Head of Global Policy and Communications Chris Lehane is an old Clinton / Gore hatchet man. His most notable attacks are all centered in the state of Florida. He has savaged Marco Rubio, Jeb Bush and Rick Scott. (Lehane was behind the infamous ad comparing Scott’s supporters to cavemen.) Lehane is “best friends” with Tom Steyer and has run his political committees in the past.

Steyer among other things funneled $7.2 million dollars into Andrew Gillum-affiliated political committees and sent another $2.8 million directly to Gillum’s campaign. He has also spent tens of millions of dollars running an “Impeach Trump” ad campagin across America

Airbnb’s Director of National Partnerships, Janaye Ingram, previously headed up Rev. Al Shaprton’s political network, the National Action Network and while working in her role with Airbnb she moonlighted as a cofounder, organizing director and board member of the Women’s March, which has recently come under fire for its anti-Semitic leanings.

Speaking of which, the company’s latest cause Du-jour is attacking Israel. Airbnb has delisted and is banning “Israeli settlements in the Occupied West Bank.” In all the people of the world, the company has singled out Jews for this treatment. The boycott is what one commentator called, “a naked act of corporate anti-Semitism.”

Airbnb’s pursuit of a Judenfrei West Bank is an extreme leftist position that quickly drew condemnation from Republicans everywhere from Vice President Mike Pence to Governor Ron DeSantis but also from Democrats, including Florida Democrats like Rep. Jared Moskowitz. Jewish Republican State Representative Randy Fine has probably been their most vocal opponent, who has even sponsored legislation in the state of Florida to penalize the company for targeting Jews.

It’s time that members of the America First movement start looking elsewhere when booking their accommodations, unless you want to fund Democrats and their anti-Semitic agenda.