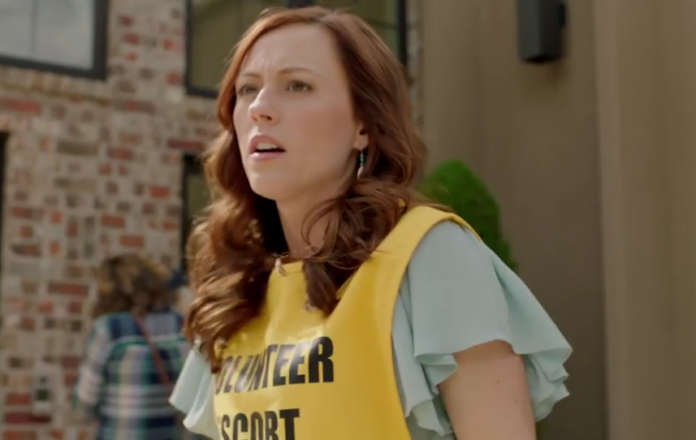 I have always been Pro-Choice. When I was invited to attend the showing of Unplanned, I hesitated. “I can’t go there, I’m a Libertarian, I really do not want anything to do with that”.

“Just come with me and be respectful and try to have an open mind. If anything, you’ll just reconfirm what you believe, but don’t be afraid to challenge yourself because it’s a hard subject, ” my friend pleaded.

I conceded and agreed to go and to keep an open mind, the same way I would expect them to do at an event for a cause I support. I wish I had asked more questions. I almost wish I had not gone. Before the film, we got our drinks and smiled in front of the movie poster for Instagram, I had no idea how quickly our smiles would be wiped from our faces.

Unplanned was a bloody, emotional spiritual roller coaster. I find it ironic how the, self proclaimed “conservative” Pro-Life crowd, often preaches facts over feelings, but used this narrative to tug on my heart strings in a way that actually made me reflect on a subject that I felt so confident on my beliefs of.

I was moved to tears several times during the film and actually appreciated the way that the workers of Planned Parenthood were portrayed. The women in the clinic were made to seem like they really did believe what they were doing was morally right and that they were helping the “patients”. This was important to me because I knew there were members of the audience who have never seen the inside of a Planned Parenthood facility.

By the end of the film, I was completely distraught, questioning everything I had ever believed about what abortion really was. I was hungry for more information, I went to Google, I talked with friends and I prayed.

This is not my story of how a movie made me change my political affiliation and I still have many more questions about the validity of what I saw but I went into that theater, thinking there was NOTHING that could go onto that screen that would make me question myself and I was wrong. What I saw DID make me question myself and my beliefs and I believe that EVERYONE should go and test themselves as I did.

If you are already Pro-Life, go and see that these people who work in those facilities BELIEVE they are helping and that is why they are there. If you are Pro-Choice, please go and expose yourself to a different perspective and compare that to your own reasons for your vote. If you’re unsure and just curious, GO.