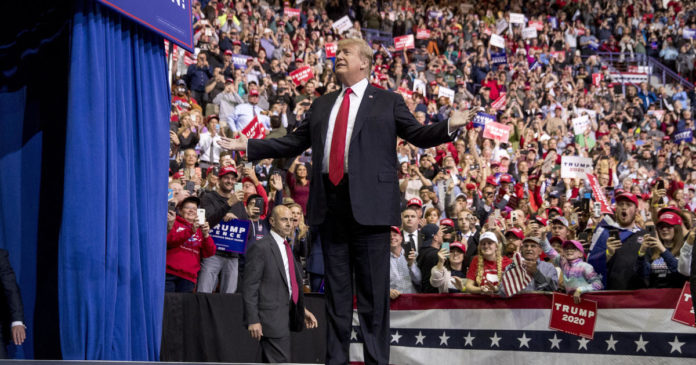 According to an article from Florida Today, the Trump campaign is taking several steps to accommodate thousands upon thousands of Trump supporters expected to visit Downtown Orlando for the President’s re-election kickoff.

Less than a day after President Trump tweeted about nearly 80,000 tickets being requested for his 2020 re-election rally in Orlando, his campaign has begun announcing new details about how they plan to accommodate thousands of Trump’s faithful followers who will not be able to fit into the 20,000 capacity Amway Center.

“There will be screens outside the venue to watch the rally once capacity is reached,” McEnany said in her statement which also noted that a “Trump tailgater” would be held outside from 10 am.

United States Secret Service has been meeting top-level officials in local government and from the Amway Center as the rally approaches, with several blocks of Downtown Orlando streets expected to be shut down for security reasons and to accommodate rally overflow. An anti-Trump protest is being held less than a mile away from the Amway Center and has been promoted by many alt-left groups on social media.

We have documented the potential for violence from these anti-Trump activists and how alt-left journalists in the state of Florida have spent the weeks leading up to President Trump’s rally to glorify political violence.

The Central Florida Post will be floating around Downtown Orlando on the day of the rally, documenting interactions between Trump supporters and alt-left activists. If you see anti-Trump protesters engaging in any acts of violence or activist journalists providing dishonest coverage of the rally or President Trump’s supporters, please call me directly at 231-360-1411.

We will do our best to keep the alt-left honest during President Trump’s historic visit to Central Florida, whether they are operating as political activists or journalists.