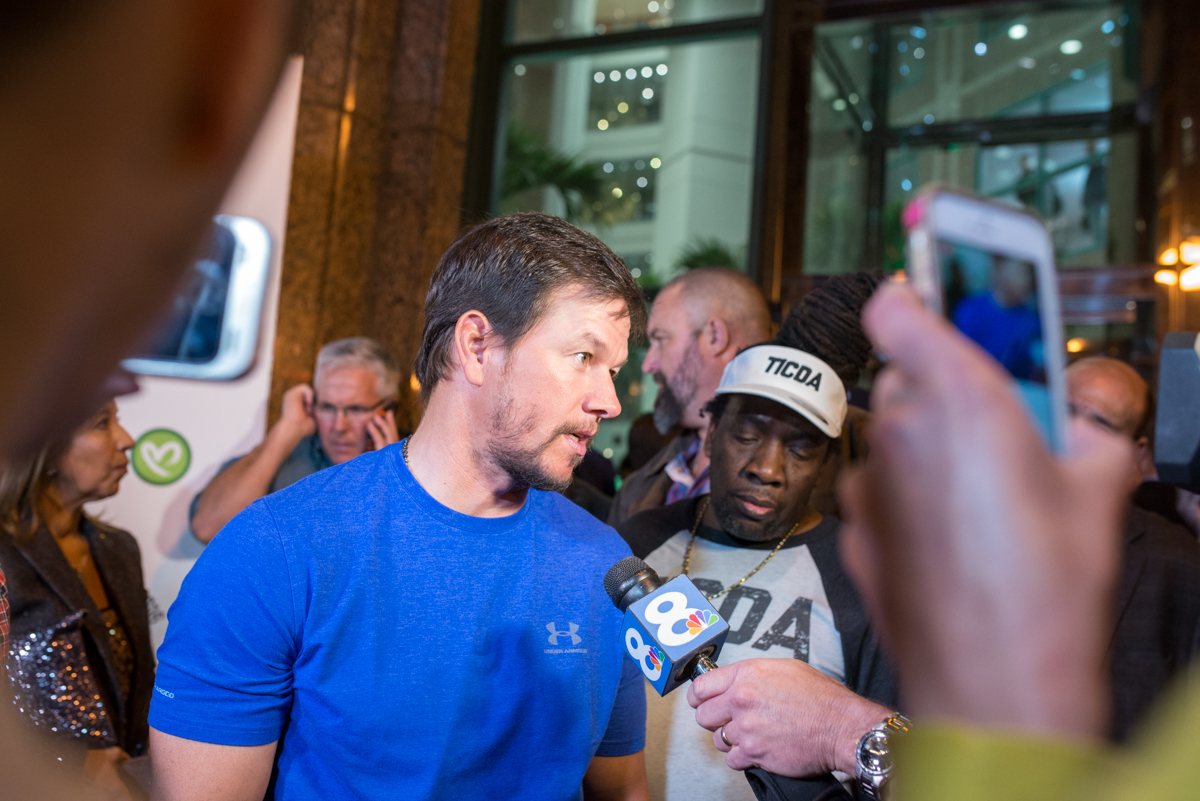 On Thursday night, Mark and Paul Wahlberg joined almost a 1,000 people in Downtown Orlando to open their first Florida location of Wahlburgers.

The Wahlberg families first effort for their rapidly growing restaurant franchise Wahlburgers is off to a strong start following Thursday nights VIP reception and bloc party event in Downtown Orlando. Wahlburgers, which plans to open several hundred more locations of the next few years, started in Massachusetts in 2011 and has since been the subject of a popular A&E television series of the same name ever since.

Both Mark and Paul Wahlberg arrived shortly after 8pm and spent time mingling with VIPs inside the iconic Suntrust building in Downtown Orlando on Church Street, where their first Florida restaurant is located. Donnie Wahlberg wanted to attend, but was not able to make it because he wasl filming for the CBS TV show Blue Bloods, in which he plays Detective Danny Reagan.

Criminal defense attorney Mark NeJame, former NYSNC pop-star Joey Fatone, and several other local power-brokers and celebrities were in attendance. The TV crew for the A&E show was filming during the VIP reception and bloc party, which featured live music and entertainment.

The East Orlando Post hung out for a few hours before the brothers arrived, and enjoyed a sampling of Wahlburgers signature drink for their Orlando location, onion rings, and tater tots…. and they all hit. the. spot.

When Mark and Paul hit the red-carpet, they were kind enough to speak with the East Orlando Post about their entrepreneurial spirit. Mark said he has always been a hustler and is constantly looking for more ways to build upon success.

“I want to do this the right way and am in it for the long haul. There is no such thing as a cash grab for me, I like to do things that have real sustainability.”

Paul Wahlberg, Mark’s older brother, the lead chef for Wahlburgers, discussed how important customer experience is to the company.

“No matter your dietary needs or personal preferences, our employees and staff are ready to make every visit to Wahlburgers an amazing time. Consistently great service is just as important as food and drink quality.”

After I asked Mark if he or his family had landed anywhere in the 2016 presidential campaign, Wahlberg hit back by saying that conversation was “for the dinner table.”

To learn more about Wahlburgers Orlando and their menu offerings, do so by clicking here. Photos from Thursday’s event can be seen here.

According to Mark and Paul, they plan on opening several more locations in Florida, but consider the Orlando Wahlburgers their flagship restaurant in the state of Florida.