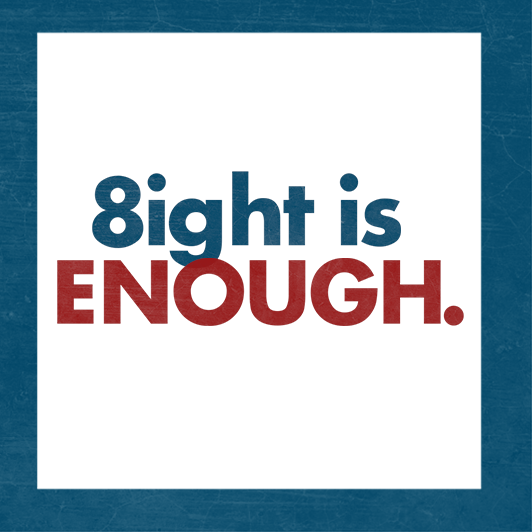 The petition effort is pushing for term limits of 8 years for the Orlando Mayor and Orlando City Commission.

Yesterday, a press release was sent out by a group called Eight is Enough, announcing a petition gathering effort by the group to place an eight year term limit for the Orlando Mayor and Orlando City Commission. The effort is being chaired by government accountability expert and former city manager James DeCocq, who explained his first hand experience with career politicians.

“This is clearly an uphill battle against the entrenched bureaucracy and the political establishment,” said DeCocq.

Eight is Enough’s term limit idea is being supported by leaders from all ends of the political spectrum. Democratic activists Lawanna Gelzer, Beverly Burgess, and Lawrence Robinson join the Florida Taxpayers Union and Ax the Tax in supporting the term limit petition. Sources tell the East Orlando Post several high level Republican political operatives are assisting the efforts, and that support from several prominent Democrats are to be announced the the coming months.

Ax the Tax leader Doug Guetzloe was impressed with the first day of petition gathering, that garnered over 5,000 signatures and was documented by WFTV, who witnessed nearly 70% of voters signing the petition as they covered polling locations on Tuesday.

“Today dozens of volunteers were able to produce a substantial number of signatures for a drive to finally limit terms of office in the city of Orlando. This is an historic day for citizens in an effort to take back the city from a hard core of professional politicians whose unrelenting grip on the levers of power have reduced the city to an oligarchy similar to that of Imperial Rome.

With vital decisions being made without citizen input, it is up to the citizens to gather at the gate and take the castle. The collection of nearly 5,000 petitions in one day is an incredible achievement and our battle-hardened Ax the Tax and Florida Taxpayer Union volunteers under Eight is Enough Chairman James DeCoq’s leadership did an incredible job,” stated Ax the Tax crusader Doug Guetzloe, a longtime anti-tax leader of over twenty Ax the Tax battles going back to 1982.

“This is not an easy task but this is a great beginning for this effort.”

The group will need to gather 15,000 signatures to bring it before the Orlando City Council, which they will either approve or it will go to voters in the next election. Learn more about the effort by clicking here.