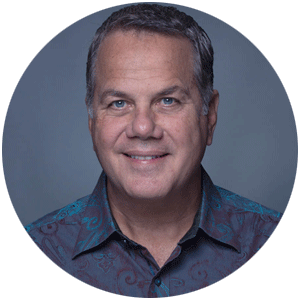 To recap, Janney forced himself sexually onto a respected volunteer… blamed the acts on Satan… and then tried to “mark” his parishioners in a cult like ceremony.

The “happily married” Janney is now being sued by Arlene Miranda, the victim of his sexual advances. According to records obtained by the East Orlando Post of David Janney’s deposition, it is uncovered that Mr. Janney is technically “resigned” from Orlando Baptist Church, but still collects $110,000.00 a year.

He is also furnished with a housing allowance and full retirement from the church’s coffers. Orlando Baptist Church is situated in a middle class community area off Semoran Boulevard.

Also included in the deposition of Janney, was a fraudulent transfer in 2015. The transfer paid off two mortgages on his home, but came at a time when he was being sued on multiple debts.

“You can’t do that. It is out and out fraud,” observed an accounting expert with a major Central Florida auditing firm.

Personal financial statements from Janney submitted to the First City Bank in Georgia claimed his net worth at $50million one year and $36million another year. How does a Pastor of a middle class church in Central Florida become worth that much money?

Some have suggested that Janney has been siphoning church funds to personal accounts and family members for years. He was even sued by businessman Craig Mateer, a lead donor to Orlando Baptist Church for misuse of funds.

Mateer and experts confirmed that Janney told Mateer the funds were going to be used for the churches non-profit efforts in Africa.

A financial document obtained by this publication also show that Janney, through his company Pinecrest Acquisition, received over $858,000 in cash from a loan.

A real estate and accounting law expert told the East Orlando Post that a transaction and loan closing like Janney’s is “highly irregular”.

“Simply put… I have never seen ANYONE get cash like this out of a development or acquisition loan. NEVER.”

Even worse for Janney’s flock… is the fact that he completed several of these suspect financial dealings through World Hope, the church’s SUPPOSED charitable enterprise.

Non-profit expert and national fundraising consultant Paul Pelletier worries that Janney has violated IRS policies for non-profits and opines that his charity does not participate in charity watchdog service Guidestar.

“Guidestar states that World Hope has not submitted any information on its governance or transparency. This alone is incredibly suspicious. It is not required to submit it, but every legitimate non-profit fundraising organization does.”

This is a developing story… check back for updates.