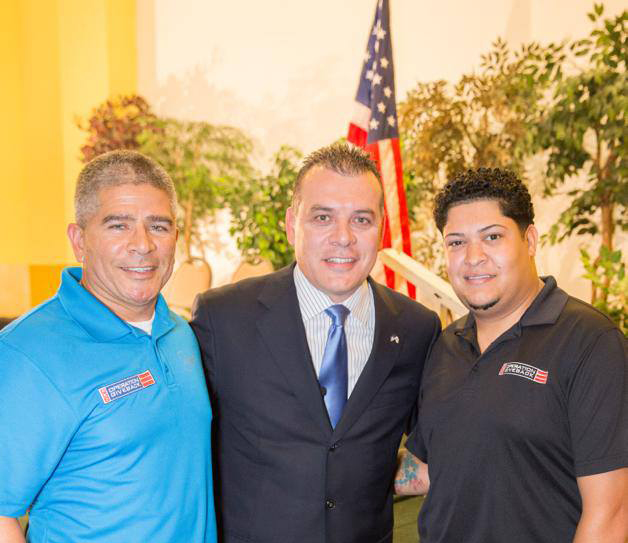 The East Orlando Post has learned the popular youth pastor and businessman will file paperwork by mid-week.

Former congressional candidate Peter Vivaldi will officially become a candidate for State Senate in District 15 as early as Thursday morning. A source close to Vivaldi confirmed that the youth pastor and businessman is finalizing his paperwork “sometime today”.

The district includes many precincts where Vivaldi peformed well against Jorge Bonilla and Carol Platt in 2014’s primary election in the Central Florida communities of Lake Nona, Kissimmee, and other parts of Osceola County. State Representative Victor Torres is running on the Democrat line in SD 15.

Several members of Central Florida’s legislative delegation and high profile Republican donors have been urging Vivaldi to run for weeks.

Mr. Vivaldi, who has lived in Central Florida for over 30 years, is of Puerto Rican descent and is extremely popular among the Hispanic evangelical community across the state of Florida.

Vivaldi was very active in Tallahassee this past session, advocating for issues important to the Hispanic community that makes up most of State Senate District 15, earning extensive coverage from Hispanic news outlets like Telemundo and Univision.

“Peter is a man of integrity who truly wants to serve his neighbors. The Senate would be lucky to have Peter on its roster… and the people he represents would be blessed,” said News 13 Republican political analyst Michelle Ertel, who runs a successful governmental lobbying firm called Florida Strategic Advisors.