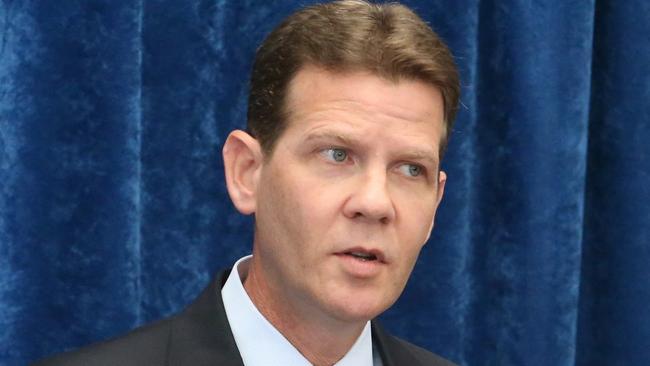 Senator Andy Gardiner is still upset about not being able to hand pick his successor, and shows a lack of interest in supporting the Republican Party.

Senator Andy Gardiner seems to be indifferent to the fact that his Senate seat, that he claims to care so much about, may be lost to the Democrats… so why isn’t he helping a well-qualified, Republican candidate to retain the seat?

We have documented outgoing Senate President Andy Gardiner’s quest to give his Senate seat to his wife Camille, and downright cutthroat campaign to stop his friend of 40 years from mounting a credible campaign. At one point, a longtime GOP lobbyist told us that Gardiner said any Republican found to be donating or advising Dean Asher’s campaign was to be considered “an enemy”.

Asher, who is a successful real estate entrepreneur and member of the Greater Orlando Aviation Authority, has been friends with Gardiner “since we were kids”.

“We met on several occasions before I filed for the seat, and he told me to go ahead and file if I felt it was the right thing for myself and my family,” said Asher when asked about his relationship with Gardiner.

Despite Gardiner’s apocalyptic warnings to party insiders and donors that were meant to cripple his friend’s campaign and make room for his wife to take the throne, Asher has put together an aggressive ground game.

His campaign and related committees have raked in well over $415,000.00 and Asher has gained the support of powerful groups like Associated Builders & Contractors, Manufacturing Association of Central Florida, Florida Realtors, the National Federation of Independent Businesses, and others in the business community.

And with continued interference and a negative propaganda campaign still being powered by Senator Gardiner, Asher emailed his old friend earlier this month asking to move past it.

The email can be seen below.

Hope all is well with you and the family. Congrats on your Senate Presidency and all the accomplishments during your time in Tallahassee.

I would like to sit down and talk, not about the past but the future of Central Florida and District 13.

We have been friends for 40 years and I am a firm believer that time will heal all differences in the past. I hope you will be open to a meeting, but let’s be honest Orlando is still a small town and we need to work together on a lot of important issues that will come forward in the coming years.

I hope to see you soon.

A top aide who once worked for Gardiner’s Senate office told us, on the condition of anonymity, that Gardiner’s actions were “overtly selfish.”

“When Andy shines, he is truly talented. However, his final year and obsession with making sure he still controlled his Senate seat after leaving office utterly consumed him.”

Mr. Asher said that while he is still getting calls about his once longtime friend looking feverishly for a candidate to challenge him, he thinks that time will heal any differences.

“We were little league teammates, attended Boone High School together, and now live in the same neighborhood, I feel we can do some great things for others and really strengthen Central Florida. I look forward to the old days again,” Asher concluded.