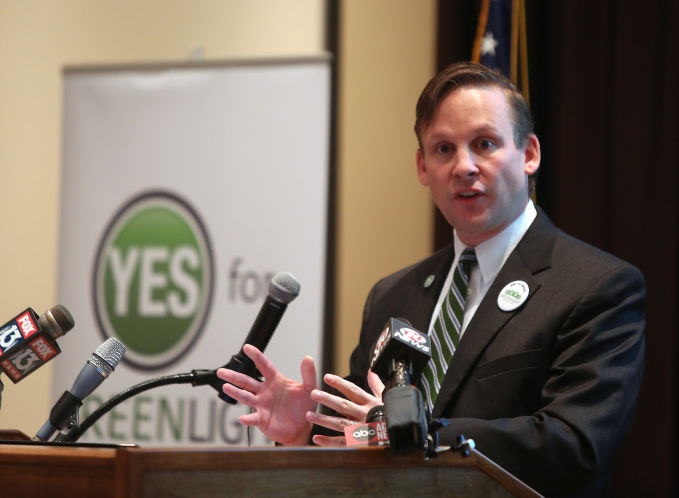 In a move that has fiscal activists in Pinellas cheering, the architect of the failed 2014 multi-billion dollar “Greenlight Pinellas” project could be coming to Orlando.

The Tampa Bay Times recently reported that Pinellas Suncoast Transit Authority CEO Brad Miller has been solicited by the bureaucrats within Lynx to apply for the vacant CEO job. Final interviews are expected to conclude this week, with a decision “very soon.”

During the recent “Greenlight Pinellas” tax campaign, Miller was the subject of a criminal probe by Federal authorities for several potentially illegal activities, including blatant misuse of a $354,000 Department of Homeland Security grant intended to raise awareness of terrorist threats.

Instead, Miller directed the agency to use the money for political advertisements promoting a “Yes” vote on the Greenlight Pinellas website.

After a vigorous campaign by anti-tax activists, including the Orlando-based Ax the Tax, No Tax for Tracks and other allies… the tax vote was defeated by 62-38% by Pinellas voters. Miller was spotted waving a ‘Vote Yes: Greenlight Pinellas’ sign on an intersection in St. Petersburg the day of the landslide defeat.

He commented afterward that just because the plan was defeated, that didn’t mean they should give up on promoting “light rail and more bus alternatives.”

Lynx has already suffered several election defeats in the Orlando area by the Ax the Tax movement… including votes in 1986, 1988 and 2003. Ax the Tax founder Doug Guetzloe, who also successfully led the effort to defeat a Hillsborough light rail plan in 2010, commented on the possible selection of Miller.

“Miller and his ideas are losers. Period. Bringing Miller here to Orlando is tantamount to asking Captain Smith to leave the bridge of the Titanic and transfer to another ship in similar ice-choked waters. He would be a disaster,” Guetzloe concluded.

Lynx is expected to offer Miller or one of the other finalists a job package of over $200,000 – not including health and life insurance, retirement, 401K and other financial benefits.

If Mr. Miller wants to be the CEO of Lynx, it would seem he owes and explanation the Lnyx Board and the people of Orlando – will he break federal laws as CEO of Lynx as he did in Pinellas?