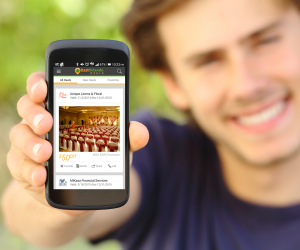 Husband and wife Suresh and Nermala Hariprashad knew they would be partners for a longtime when they married. However, over the last two years, they have expanded that partnership past the personal realm and into a clever idea… East Orlando Deals.

Read our Q&A with Nermala and Suresh to learn about those new features and how they came up with the concept of East Orlando Deals.

Tell us a little bit about you and your family?

We moved to Avalon Park in 2004 and we absolutely love it here! We have 2 amazing children and are so happy to be able to raise them in this amazing family oriented community. Family has always been and will always be the most important thing to us! We are originally from Guyana, South America. Suresh migrated to the United States in 1978.

His story started in New York City. This would be where he would grow up and experience the many wonders and trials of growing up in a big city. In 1992, His parents relocated to Florida for the beautiful weather and Suresh moved with them. He continued his studies in the field of Engineering and eventually graduated in 1996 from UCF.

Suresh has always been very passionate about technology and more specifically technology as it relates to software development.

I (Nermala) migrated to the United States in 2000 to Orlando Florida, where I decided to pursue a career in real estate. This would eventually take a back seat in 2005 when our son was born. I became a stay at home mom and have been since until just recently when my husband and I came up with the idea of East Orlando Deals.

After much thought, in 2014, “East Orlando Deals” was born and in June of 2015, after months of development, we launched the East Orlando Deals Mobile App on Google Play. In October of 2015, the iPhone version of the app was also launched.

How did you come up with the concept of East Orlando Deals?

It all started with us being proactive and planning for the future in terms of what Nermala could do from home and still be able to provide for our kids which meant doing something that would be flexible with her time.

One day, while enjoying a movie in our family room, Nermala decided to pull out her stack of magazines, coupon books, etc to start cutting her coupons out. We later went out intending to use those coupons to find out that we had left them at home. The light bulb came on at this time…wish we had an app that had all those coupons in one place and on our phone.

This was when we thought, wouldn’t it be great if there was an app that catered to the local community (local residents and small businesses) where everyone benefitted. We wouldn’t have to clip coupons if there was an app that contained deals local to the area. Local residents would be able to save some money by way of a digital coupon or deal while supporting local small businesses at the same time.

We thought this was a win-win for everyone. Sure there was Groupon and other such apps out there but none that really catered enough to a specific geographic area and more importantly our East Orlando community.

We thought it would be great to have an app that contained only deals that are within a reasonable driving distance, an app that contained lots and lots of local deals right here in the local area and access to them is right at your fingertips. No forgetting your coupons anymore. With other apps, you sometimes find great deals only to later find out it is all the way across town.

We felt that an app specifically developed for East Orlando would resonate really well with both residents and small businesses here. Our vision was that the East Orlando Deals App would become a go to app for local residents to utilize when looking for local deals. This started the journey of what has now become a reality and is on its way to becoming what we have envisioned.

How has the community reacted since you launched?

The community has been really supportive of us. As the app launched, it was new and therefore not familiar. There was some feedback initially that this was a great idea but there were not enough deals in the app. We expected this reaction initially as we had just launched the app and knew it was going to take some time to become familiar to both local residents and local businesses.

The app is free and available in both the Google Play and App Store.

Since launching in June of 2015, we are extremely excited to say we are approaching 2000 downloads and counting. We have received a great deal of feedback from friends, family, and people we meet at events that the app has saved them some money.

It is the greatest feeling in the world when we meet someone that says I used a deal in your app as this is what our vision was all about…local residents saving some there hard earned money while supporting local businesses. We have also gotten feedback from our vendors that people are redeeming their deals in the app…again the best feeling ever.

Local residents are showing their support and appreciation of the savings by just using the deals in the app as is evident from feedback from our vendors. Residents love the idea that the businesses in the app are places they shop at on a daily basis.

Whether it’s eating out, getting a haircut or taking their pet to local pet store. I have had residents come up to me and say “I just saved $10 by using your app for A/C Maintenance” or “I just used your $2 off a haircut deal”.

This is becoming more and more evident as the days go by.

The next year for East Orlando Deals?

We have a few exciting updates coming to the app this year. We intend to add a “Kids Eat Free” listing view where parents can have a listing at their fingertips where their kid(s) can eat for free on a given night.

This would be a free listing to businesses. We will also be adding an “Events” listing view where residents can always be aware of what’s going on in the East Orlando area. We will also be adding more company information on the details view of a specific deal…information such as address, a map view, etc. Again, we are striving to bring value to both the local residents as well as the local small businesses.

How can people sign up to receive these offers?

Local residents can sign up for the FREE App with just one simple step; go to the App Store or Google Play Store and do a search for “East Orlando Deals”. Click install and that’s it! Let the savings begin!! 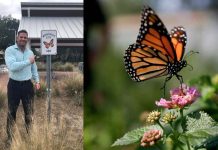