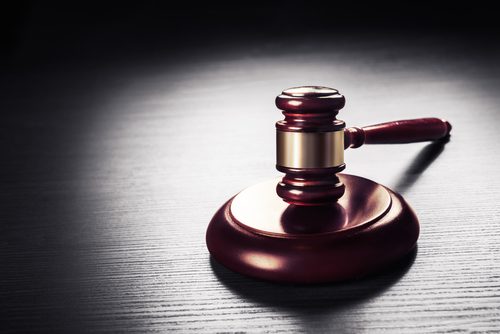 The move overturns efforts from Orange County in 2014 that made the races non-partisan.

First, let’s all start by being blatantly honest, partisan influence in the elected process is and always will be part of the process.

A person’s political affiliation and beliefs provide meaningful and direct insight to their governing philosophy and reasoning.

In 2014, voters approved a ballot measure that made races for constitutional offices non-partisan and established a term limit of no longer than four terms. On Thursday, Orange County Judge Keith White ruled in favor of overturning that ballot measure in part, arguing that the offices should be partisan.

While he reversed the ballot measure in some part, White concluded that setting a term limit of no more than four terms should remain intact.

Both have surprised even the most hyper-partisan movers and shakers, routinely saving millions of taxpayer dollars by improving efficiency and bringing both offices out of the dark ages.

“When they were elected, they both had an uphill battle. Both replaced long-term incumbents who had been in office so long that their drive for innovation was simply not there anymore.”

For Orange County Mayor Teresa Jacobs, who firmly opposed the lawsuit in the media and with the full force of the County’s legal team, this comes as a devastating blow.

It was not but 3 months ago that her “exhaustive” and politically motivated audit of Singh’s office turned up NOTHING, again at the taxpayers expense.

Jacob’s office has not released a comment on the ruling yet, according to Scott Powers of Orlando Rising.

Singh told the East Orlando Post that this was a “win” for Orange County residents.

“I feel this is a win for every taxpayer to have the right to independently elect their constitutional officers in a partisan environment.”

And as a lifelong Republican, I actually agree.

Jacobs’ and others resistance to this effort wasn’t about right or wrong, it was about the fact that Republicans are losing ground in Orange County and partisan races make it that much harder for Republicans to close the gap.

During this whole battle, Mayor Jacobs and her allies whined about the fact that the constitutional officers dare challenge her and the 2014 ballot measure.

But why shouldn’t they be allowed to? Jacobs has yet to give a clear answer. Did someone crown her Supreme Ruler of Orange County? Didn’t think so.

Think about that for a second… the Mayor and others have the right to utilize County Attorneys to litigate on this issue and a myriad of others… but constitutional officers should not have that same right according to Mayor Jacobs.

That makes no sense.

“We’re using taxpayer-funded resources to defend the lawsuit. I frankly find this appalling as a citizen.” , said Jacobs to WFTV Channel 9 recently.

Really Mayor Jacobs… you know what I find appalling? Your political grandstanding under the veil of the Mayor’s office and County Attorneys.

How about we bust open the books and review the legitimacy of all the legal challenges and fees incurred under your watch… something tells me you’ve flushed hundreds of thousands down the toilet on frivolous and potentially politically motivated legal outings from County Attorney’s on your behalf.

We might even find something… dare I say… appaling!

Any who, politics is politics. Elected office is politics, constitutional officers or not. It’s about damn time we stopped pretending that “non-partisan” races aren’t actually partisan.

White’s ruling allows candidates for the constitutional offices in Orange County to be truthful with the voters about who they are politically and what that means for voters.