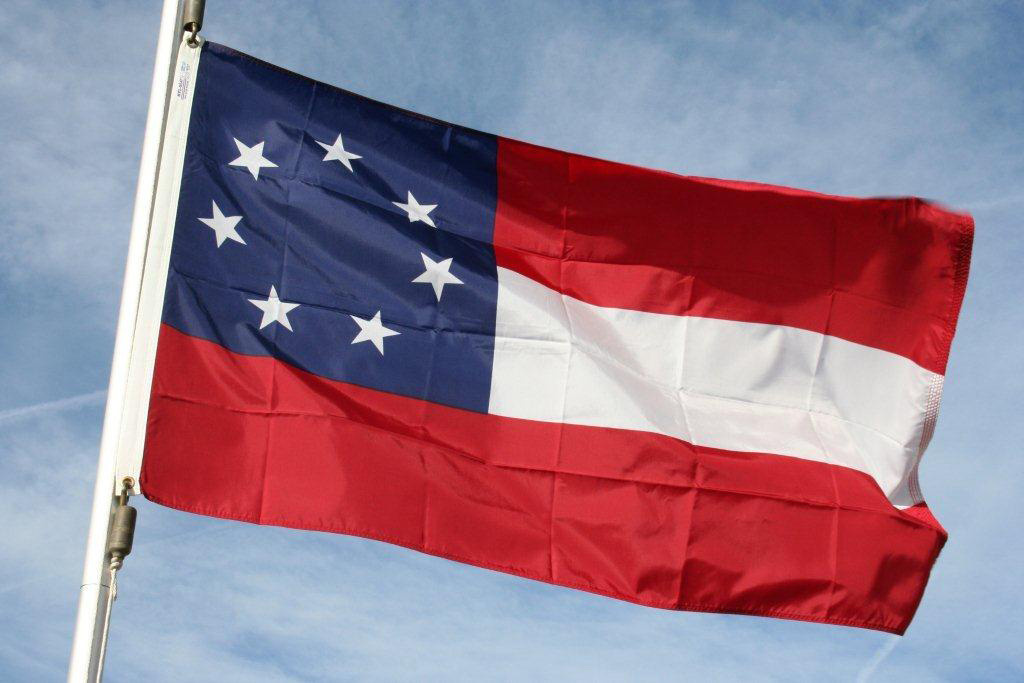 Nancy Miller has won the Republican nomination for the Florida Senate, District 3, and will go against liberal Democrat Bill Montford in the November election.

Even though the district is more than two to one Democratic registration, many of these Democrats are the so-called “Southern Democrats” or “Reagan Democrats” that tend to vote more conservative in elections.

In the last presidential election, President Obama only carried this district with 55% of the vote.

So, why has a small businesswoman from the little fishing village of Steinhatchee raised so many eyebrows with her campaign?

Simple. Nancy Miller is all things Southern, most of all Southern Heritage, veterans, and keeping, yes keeping, all monuments and venues honoring the Florida soldiers who fought for the South during the war between the states. A very non-conventional stand for 2016.

A strong anti-CSA voting record in Tallahassee, which is ironic, given that one out of every two Ford pickups have the Confederate battle flag on their bumper in his district.

Miller is a member of every heritage and historical association that exists to promote the ‘cause.’ This makes her not only an anomaly, but a target for groups who seek to re-write history and erase that period of Florida.

Overwhelming Democrat registration, a district that went for Obama, running against an entrenched incumbent who can generate hundreds of thousands of lobbyist and special interest dollars. No chance right? Wrong.

Miller will use the embattled CSA flags and monuments as a sword and a shield. Along with a solid platform of no new taxes, less government, more individual freedom, pro-life and pro- veteran, the First National Flag of the Confederacy will be one of those symbols on her literature and direct mail.

Some strategists say that this alone will garner significant Democrat votes from the Southern and Reagan Democrats. Basically, the path to victory requires a minimum shift of 5% or more of Democrats voting for her than usual numbers from past elections.

Helping Miller complete this task is veteran political consultant Doug Guetzloe, the anti-tax crusader for Florida. Guetzloe is also controversial and radioactive to the same interests that will oppose Miller.

On the flip side, Guetzloe is one of the best in helping underdog candidates over the line. Just some of those he has helped that weren’t supposed to win; Paula Hawkins, Tom Feeney, Dan Webster,  and many more local Central Florida politicians over the past forty years.

Guetzloe is a rock-ribbed conservative party operative who can help a candidate who is clearly not slated to win by conventional wisdom and insider thinking.

There is an additional bonus that will help propel Miller to the Florida Senate.

The most liberal pro-Montford area of the district is Leon County-Tallahassee, home to a lot of African American votes and liberal bureaucrats. Good fortune has shined on Miller in the form of a namesake popular Tallahassee city commissioner running for re-election, Commissioner Nancy Miller.

The Nancy Miller commission campaign will spend hundreds of thousands of dollars promoting who else? Nancy Miller.

Naturally voters will be either confused or go in the ballot box and vote for both Nancy Miller’s, ballot titles notwithstanding.

Neutralizing the Montford vote in Tallahassee leaves the more conservative areas of the district determining the victor. For a variety of reasons, Nancy Miller… the Confederate Belle, stands a good chance of being Senator Nancy Miller from Steinhatchee come November.

This will be one of the campaigns to watch for sure come election day 2016. Learn more about her campaign by clicking here.