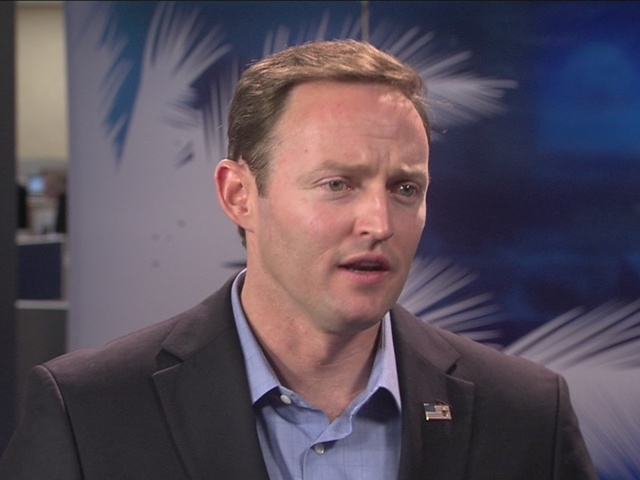 U.S. Congressman Patrick Murphy (D-Palm Beach) is struggling to keep his fledgling campaign afloat after a slew of negative publicity.

First CBS 4, out of Miami, did an extensive review and investigative report of Murphy’s claims and business background, finding that every bullet point on Murphy’s published bio was simply not true.

From claiming that he was a Florida CPA (false) to a successful small business owner (false), to helping to clean up the toxic oil spill in the Gulf of Mexico (false), almost all key parts of Murphy’s political and business background were identified as untrue.

You can read the report here.

Bad enough to have a major CBS affiliate on your tail, Murphy is also on the ropes after the recent toxic algae bloom occurring in his home district hit front pages everywhere.

While pledging to get speedy congressional action, right after the bloom hit beaches on the Gold Coast, canals and intercostal, Murphy was discovered in Maine… gallivanting on the family yacht.

This poorly timed vacay occurred in the pristine waters of Maine for nearly a week, while the algae sickened people at home, a toxic mix of septic and naturally occurring elements.

To make matters even worse, Murphy specifically asked a federal agency to delay opening their emergency operations center until he returned from his million dollar boating adventure, a request that was denied.

Just when supporters thought Murphy’s nightmares might be ebbing, the famous Koch Brothers, an anathema to many Democrats throughout the nation for their highly effect advertising, just reserved and purchased $2,000,000 worth of ostensibly negative ads against Murphy.

Most of this will be spent in August, just in time for Democrats to make their senatorial nominating choice between Murphy and Orlando based progressive firebrand, Alan Grayson. Grayson, a man of considerable wealth, estimated to be worth nearly $100 million, will also be placing several million dollars’ worth of advertising.

The Koch advertising buy, along with three other PAC’s anti-Murphy campaigns, brings the total of negative advertising hitting the hapless Murphy to over $8,000,000, according to a source familiar with the scope of the efforts. That does not include what opponent and fellow Congressman Alan Grayson will be spending.

After declining to debate Grayson, Murphy, will now appear with Grayson on August 10, 2016 for a debate at WFTV, Orlando’s ABC affiliate. The debate will run on August 12, 2016.

With an onslaught of negative ad buys coming his way and sagging polling numbers, the heat is on for the Republican-turned-Democrat Congressman to right the ship before he faces Alan Grayson on the ballot in this year’s Democratic primary for U.S. Senate.

Elections will be held across the state on August 30th.