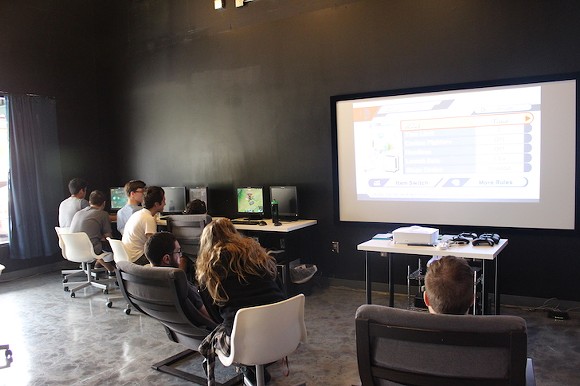 It’s fitting that an idea for a new technology-focused escape room has come from three former Lockheed Martin employees. “It all started when a now-retired Lockheed Martin executive went to an escape room in Orlando,” says David Maynard, the Chief Technical Officer for Digital Escape Velocity Escape Rooms.

“He calls us up after and says ‘Unlimited funding, unlimited time, what would you make?”

The result is an Avalon Park escape room that aims to make you feel entirely immersed in the experience. In other words, Digital Escape Velocity is trying to completely hide the man behind the curtain. While there are many escape rooms in Orlando, DEV is looking to improve the basic formula of the escape room experience by not breaking the fourth wall as much as possible.

“One of the escape rooms we went to had a puzzle where a key dropped from the ceiling, but it fell in between the floorboards,” Maynard said. “A worker had to walk into the room mid-scenario and hand us another key, and it killed the motif. One of the workers there said ‘Oh, that happens all the time.'”

DEV hopes to eliminate those kinds of jarring moments by integrating technology and software into the escape room puzzles, hopefully to make the experience feel more immersive. “Our software infrastructure lets us monitor everything, where the concept of one puzzling finishing and another beginning, it all happens automatically,” Maynard said.

“We can change the order of the puzzles and their difficulties with a single click.”…MORE HERE.