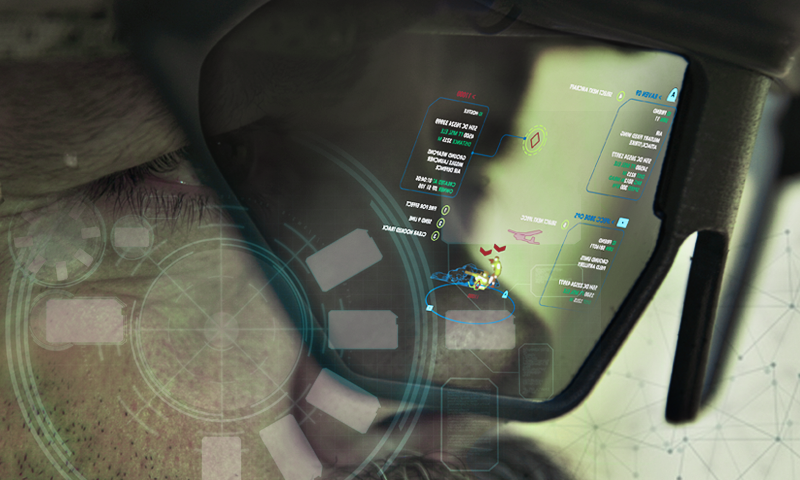 Leaders in the modeling, simulation, and training industry are preparing for an influx of federal funding to come from President Trump’s commitment to our military.

Since the election of President Donald J. Trump, last November there is a renewed sense of enthusiasm around the Central Florida Research Park where approximately 2,800 people work in the field of modeling, simulation, and training (MS&T). These active duty military members, government civilians, and contract support personnel are the foundation of a $6 billion annual economic powerhouse in Central Florida.

There is also new optimism within the nearly one hundred large and small businesses that make up the local MS&T industry. The same could be said for the research and development aspects of the University of Central Florida, Valencia College, and Seminole State College. Together all three elements, Government, Industry and Academia make up a formal and informal partnership known as “Team Orlando.” The reason for renewed enthusiasm and optimism is simple, money. President Trump campaigned as the champion for our military and clearly stated his intention to refit, rebuild, and grow the armed forces of the United States. The negative effects of nearly fifteen years of war on equipment and personnel are regularly reported in the mainstream news media. However, new equipment and more troops mean greater investment in training, which means more money and new contracts for Central Florida.

With an average salary of almost $78,000 dollars in our local MS&T industry, President Trump’s promises and expected follow-through mean new hope for salary increases and greater job security for many Central Florida families, two things which have been absent since the Obama administration began implementing defense spending cutbacks. Known as sequestration, these cuts on defense spending, passed by Congress in the 2011 budget, had a disproportional effect on Central Florida’s MS&T industry. In order to fully fund ongoing Global War on Terror operations, non-combat related military spending like MS&T took deeper cuts. President Trump’s election means the cutting has stopped and growth is at hand. This is good news for Central Florida families and our nation’s armed forces. Why? Anyone who has ever served in uniform can tell you that the more you train at home, the less you bleed overseas.

Unfortunately, not many people in Central Florida know about Team Orlando. If there was ever a model for partnership and collaboration, Team Orlando represents the best of the best. Not just for the collaboration between the three elements of Government, Industry, and Academia, but for the teamwork and collaboration within the three elements. As an example, all four military services in Central Florida are independent of the other services but they work together to share information, technology, and cut costs. The services are not a “joint” command like that found in Tampa. For a number of reasons, it isn’t easy to get the four services to work together but in the Central Florida Research Park, they do it because it’s what is best for both their service and the taxpayer. Although military commanders come and go and businesses and colleges are consistently changing, Team Orlando continues getting better year after year, always adapting and improving. In my opinion, it’s for one simple reason; everyone is ultimately focused on the success of the Warfighter. Team Orlando works with a common purpose. They work hard every day to deliver high -quality goods and services to their Warfighter customers, on time and at the negotiated price. It’s great to see people in the Research Park with a new spring in their step and a smile on their face.

Many people over many years have worked hard to make Team Orlando what it is today. Central Florida is fortunate to have these high-tech jobs as an economic engine for the region. I’m glad to see the MS&T industry growing again. Thank you, Mr. President.

David Smith is a Republican candidate for Florida House District 28. He is a retired Marine Corps Colonel who lives in Winter Springs. For the last eight years he has worked in Central Florida’s Simulation and Training industry. In this position, David provides training support to improve the combat readiness of our U.S. warfighting troops.