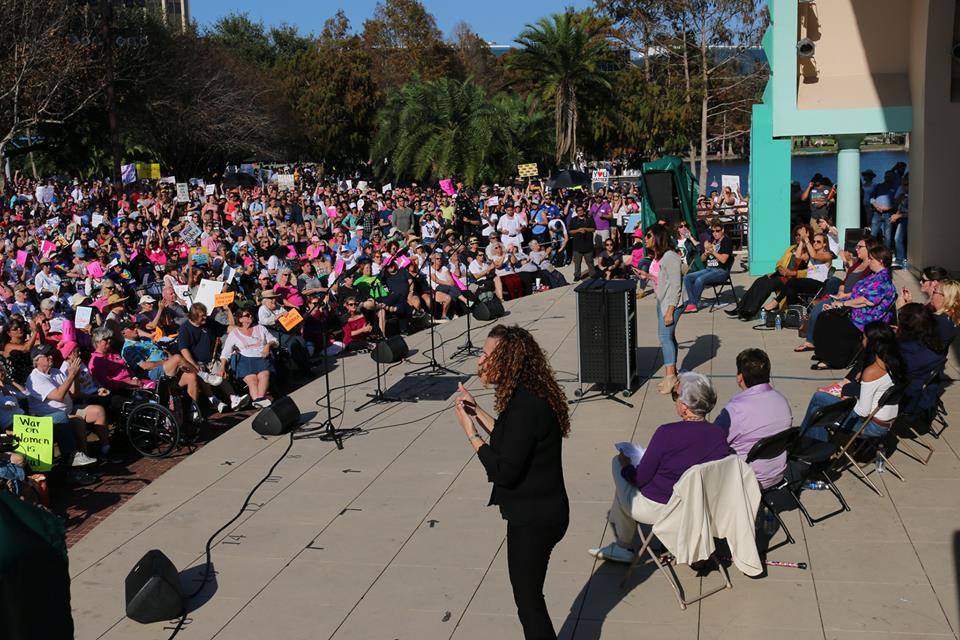 Planned Parenthood’s services are wide ranging and though our patients are mostly women we serve people of all gender identities and sexualities.

Every day for more than 50 years, Planned Parenthood of Southwest and Central Florida has opened our doors to care for patients in Florida. We see more than 40,000 patients every year through 11 health centers. No matter their ZIP code, their income, their race, their immigration status or their gender identity—all people are welcome at our health centers.

Nationally Planned Parenthood is part of the fabric of communities across the country, serving 2.5 million people each year. We are the recognized experts on sexual and reproductive health and education, and women, men and young people have been turning to our doctors and clinicians for 100 years. In fact, an estimated one in five women in the U.S. will rely on Planned Parenthood in her lifetime.

This includes Devon, who came to Planned Parenthood while in college for birth control after she visited her school clinic but felt shamed and stigmatized from the experience, so turned to us for nonjudgmental care. Or Sharmayne, who came to our Orlando Health Center for access to a safe and legal abortion and birth control. She later left us a note saying, “Planned Parenthood was there when I needed it the most; thank you for everything and for giving me the opportunity to have a choice.”

Planned Parenthood’s services are wide ranging and though our patients are mostly women we serve people of all gender identities and sexualities. Services include STI testing/treatment, access to contraception, pap smears, cancer screenings, abortion care, vasectomies, menopausal services, and miscarriage management. We also provide Hormone Replacement Therapy (HRT), so that members of the transgender and gender nonconforming community can have a safe space to go, access care, and be their authentic selves.

Planned Parenthood serves those who often have nowhere else to go. In fact, more than half of our health centers are in rural or otherwise medically underserved areas meaning that the people who would be hurt the most are those who already face barriers to accessing reproductive health care. For our patients, we are more than just a reproductive health care provider. We are also their anchor, providing stability so that they and their family can then be connected to other community resources, providing the self-efficacy and network needed to improve many areas of their lives.

With teen pregnancy rates and abortion rates at an all-time low, it’s critically important that we focus on access to preventative care. If you hear politically charged rhetoric against Planned Parenthood I encourage you to push back. Current conversations to “defund” Planned Parenthood are incredibly misleading to begin with. Planned Parenthood receives no blank check in the mail from the government; all funds received are for services rendered via federal programs like Title X and Medicaid. And due to the Hyde Amendment passed into law three years after Roe v. Wade, these service that Title X and Medicaid can help ensure access too do not include abortion.

We won’t go back to a time where women had nowhere to go for health care. I urge you to be a Planned Parenthood advocate and also remember that we are always here for you, too.

A Florida native and first generation Iranian-American, Anna serves as the Senior Director of Public Affairs and Communications for Planned Parenthood of Southwest and Central Florida. An alum of the University of Central Florida, Anna is now a PhD student and adjunct professor. A feminist and millennial, Anna is committed to building collective power to lift community efficacy. She has been recognized by the Orlando Sentinel as one of the most 100 influential people in the region has recently been awarded as one of UCF’s “30 under 30” honorees.