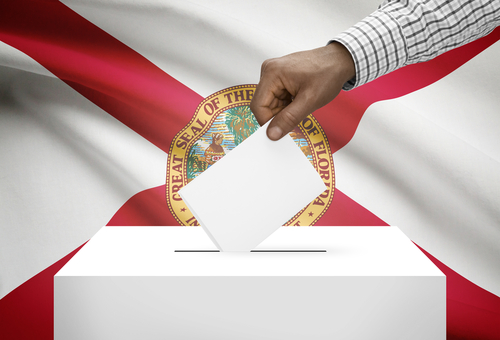 And even in the shadow of those who still proffer tired, politics-driven narratives about Florida, we’ve succeeded in proving them wrong.

For voters in Central Florida, the 2016 election cycle was a quick, easy affair. Citizens either voted by mail, at an early voting center, or waited until Election Day to fill in the bubbles for their candidates of choice. It was seamless, with citizens not knowing the immense planning and coordination conducted to ensure their voting experience was pleasurable.

Long after Y2K, Creed then Kathrine Harris dominated headlines 17-years-ago, the world has laughed off the bogus tech scare, the sugar pop combo and the Secretary of State. But the politically motivated jokes about Florida’s election process remains. What voters don’t know is while the other scares withered away, the effort to regain the trust of Floridians – and the world – in our state’s elections is ongoing. And even in the shadow of those who still proffer tired, politics-driven narratives about Florida, we’ve succeeded in proving them wrong.

Throughout Central Florida since 2000, counties have welcomed new supervisors of elections in nearly every county. These new elections administrators and the good ones who’ve mentored their cohorts, have improved processes, opened our doors, and developed what is one of the most forward-thinking, inclusive and award-winning regional operations in the country. Locally in Seminole County, we’ve been the only county in the country to receive an international award for building voter trust.

Rather than assume success because we had short lines, quick results and a scandal-free election, in Seminole County we asked our voters to grade our performance in meeting their expectations. We understand if you measure it, you can improve it. Thus, for several years every voter receives a card asking for feedback. In a 2016 environment of political polarization, with more than half of the voters casting a ballot for a candidate who didn’t with the presidency, more than 99 percent of voters gave us high marks. In fact, of the four choices of grades, 96.32 percent of voters rated their experience excellent, and 2.77 percent rated it good. Only 24 voters – less than one percent – weren’t happy.

Ask any corporate executive how they’d feel about a 99 percent approval rating, and they’d be delighted. Compounding the impressiveness of the feat, the realization that as a government entity with a monopoly on conducting elections, we could be lazy. But our pollworkers, staff, and the community will settle for nothing but excellence.

This is why we’ve been called America’s Finest Elections Team, and we’ve accepted the mantle humbly. In addition to using the comments cards for an overall “grade,” we track specific words written in the comment section and benchmark them against previous years’ performance. More people are using the words “friendly,” “efficient,” “quick,” and “professional” than in years past. This tells us voters are greeted by amazingly friendly pollworkers, who proctor a process that gets voters in and out quickly and that inspires confidence.

And we’re not alone in Seminole County. Orange, Lake, Osceola, Polk, Brevard and Volusia all have similar tales of overcoming the stench of the political joke writers from the north who think it’s still 2000 in Florida. For years I’ve invited these politically motivated joke writers to come visit Seminole County to see how Florida elections are really run. In the words of their favorite era’s musical tastes, I’ve invited them with arms wide open, so they can discover, much like their ballyhooed Y2K, they’re wrong again.

The babies born in 2000 will be voting in their first election next year. Maybe it’s time the politically motivated northern joke writers refreshed their stale material, because Central Floridians know better.