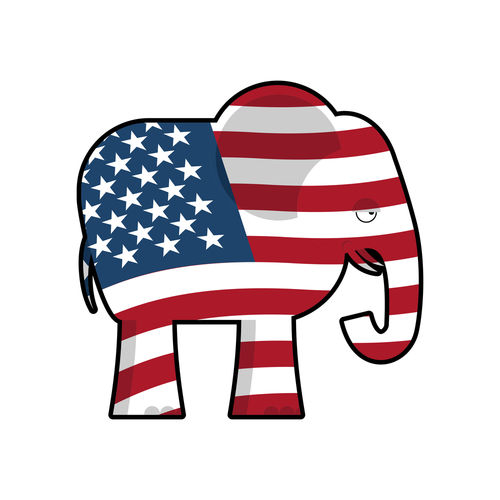 A Brief Anatomy of a Dynasty

How did we get here? Usually people ask this question when they are losing. It is a natural question since nobody likes losing and identifying why you are losing is a key to ending it.

The question is also an important one to ask while winning, since winning also tests character. The pitfalls differ, of course. Nobody worries about complacency during losing seasons. These things seem to set in while winning.

Let’s face it, the Republican Party is in the midst of an extended winning season. Over eight years our party has come to dominate America’s political landscape. It is more apparent now that we control each federal branch of government. The trend, however, began in 2009.

Republicans control a staggering 68% of state legislatures, more than any time in GOP history. We gained 919 state seats since 2009. At the beginning of the Obama administration, 28 governors were Democrat compared to 22 Republican. Now Republicans lead 33-16. Democrats control the entire state government (State House, Senate and Governor) in just 5 states, compared to 25 for Republicans.

So how did we get here? What caused all this winning? And how do we avoid complacency or taking winning for granted—the first step toward losing? I think our success stemmed from three things: commitment to fundamentals, refusal to play identity politics, and attention to our platform.

Fundamentals — the GOP has been successful because of attention to fundamentals. The adage “all politics is local” has proven salient wisdom. While Democrats nationalized elections, Republicans localized and kept winning. Democrats found comfort in national victories while we fought tooth and nail to win city halls and state capitals. Trading the White House for everything else worked well for us long-term. It was a matter of time before our total dominance at the state level applied enough pressure to burst the federal dam this last November.

The Democrats seem to be learning, or talking as if they are. Expect renewed attention to local government. We err if we do not double down and defend every local seat and risk setting a four to eight trajectory toward a local sea of blue.

Identity Politics — the second key to success has been our refusal to engage the Democrats’ game of identity politics. For all his eccentricities, Bernie Sanders squarely hit the nail with his famous “Americans don’t care about liberals’ damn bathrooms” line. There are some issues that, while important, ring hallow to a person recently laid off from a job. Instead of mimicking the Democrats’ hyper-micro-messaging, the GOP chose to nominate candidates with broad appeal to articulate our platform’s solutions to our biggest problems. People tolerate disagreement in the absence of dogma provided you have real solutions to big problems.

In the future, expect Democrats, under pressure from the Bernie Sanders wing, to articulate an increasingly populist economic message. It will be important for us to articulate how free market solutions work for everyone, regardless of age, race or creed. If we do this well, we can maintain our majority.

Cultivating the Platform — There is no question our national elections are greatly impacted by the personalities of candidates. President Obama was a dynamic speaker who excited his base. Hillary Clinton was a dud. President Trump’s personality and style connected with people the GOP has not reached for many years. The Democrats mistakenly relied on the charisma of Obama to define their party and failed to cultivate local candidates, committees and messages. Obama’s skillful use of the bully pulpit to drive national conversation blinded the Democrats to the onset of Presidential Personality Dependency Syndrome that killed them when his term expired.

We built our dynasty differently. Instead of waiting for the ‘right’ personality to emerge, our incessant local engagement, for all its challenges and pitfalls, established the infrastructure to support a diverse array of personalities, all of whom won Election Day. How else could Rubio and Trump both defeat Democrats in the same state where Trump had decidedly defeated Rubio just months prior? This is the direct result of years of tirelessly cultivating local parties, committees and clubs, all to advance a platform and build party strong enough to withstand the various winds of political change.

Our party is not perfect, but we are winning and will keep winning if we continue the things that got us here. Every activist, committee person, elected official, club president and member deserves recognition. It took eight years, but we built a dynasty. Now let’s work to keep it.

Jesse Phillips is an IT consultant in Seminole County who serves as the State Committeeman of the Seminole County Republican Party. He managed a successful State House campaign and led a statewide effort to educate voters on the records of Florida Supreme Court merit retention candidates from 2010-2012. He is a UCF graduate, fourteen-year Seminole County resident, and a proud husband and father of three sons and a daughter.