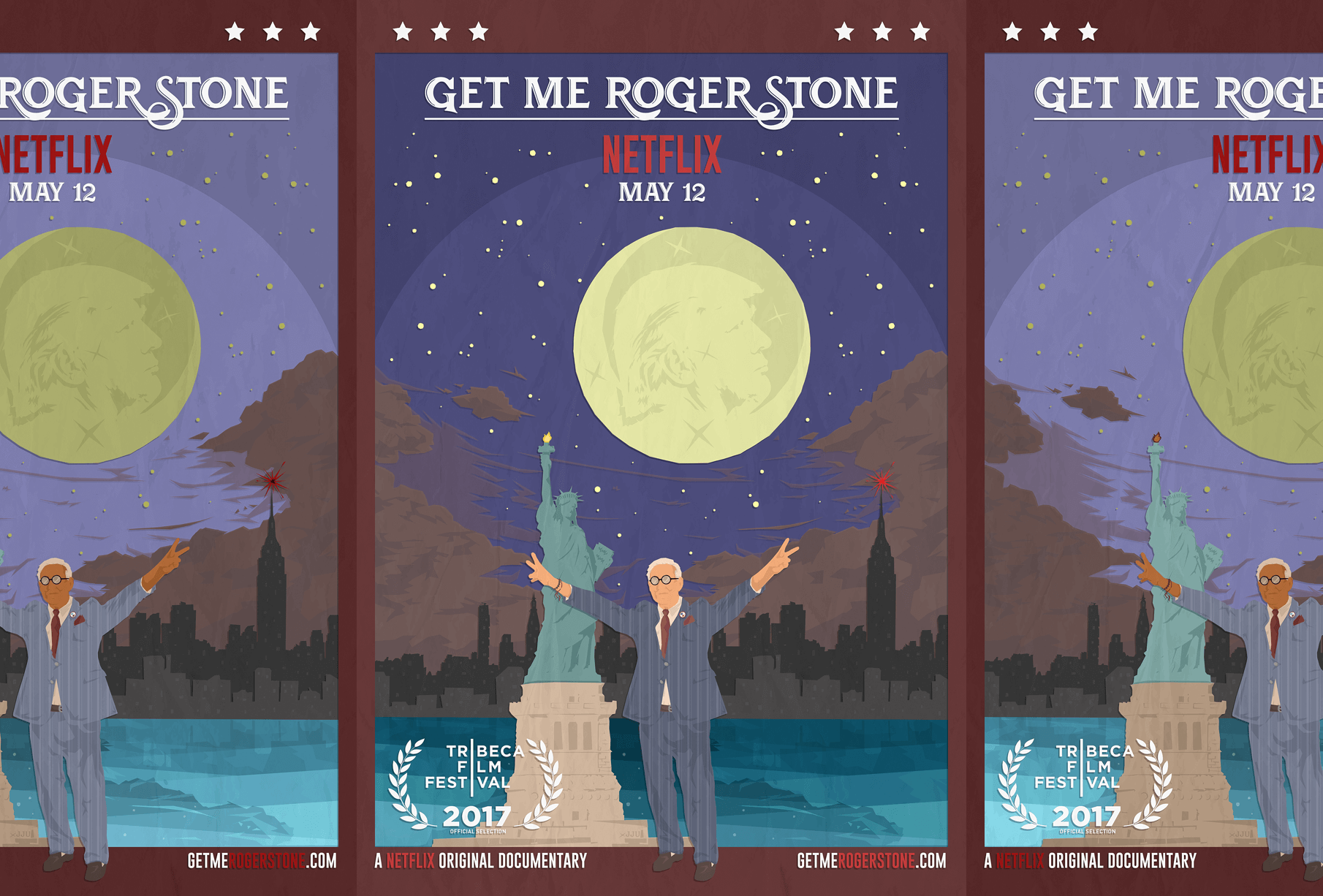 The new Netflix exclusive, Get Me Roger Stone, is truly a fascinating film.

When Donald Trump began his run toward presidency, he vowed to be a candidate free of big money and the darker side of politics… then he hired Roger Stone.

Stone’s ever expanding Rolodex of work includes nearly every Republican Presidential Candidate dating back to Nixon, and now, in his own flagrant honesty, the stories have been documented.

Whether it makes your Liberal skin crawl, or puts some wind under your right wing, the new Netflix exclusive Get Me Roger Stone is truly a fascinating film. “Always praise ‘em before you hit ‘em”, Stone’s Rule.

Without giving too much away, Roger remains very open in the film, telling stories that detail everything from planting donations to infiltrating the Reform Party as a means of slowing their vote stealing momentum. It’s especially noteworthy throughout the film, however, that everything Stone does is legal, he plays in the lines until the lines are changed, and is often the reason said lines are changed.

Roger undoubtedly revels in his “man you love to hate” persona, comparable to Heath Ledger’s Joker. A genius lurking in the shadows, spreading chaos wherever he goes, and much like a dangling Joker, being punched as Batman holds him out of a window, Stone loves when he’s caught.

Get Me Roger Stone shows that it hasn’t always been easy street for Roger, scandals and controversies have been the whirlwind that have helped shape Roger’s metaphorical eye.

The difference though is that while most when faced with adversity would take the money and run, lookin’ at you O’ Reilly, Roger welcomes challenges in an excited fashion. “Attack, attack, attack, never defend”… Stone’s Rule.

The film boasts a 93% approval rating on Rotten Tomatoes, which is more than enough to dispel any partisan myths designed to discredit, or diminish, the piece as a film. In fact, Get Me Roger Stone gives everyone a swing of the bat via interviews.

Harry Siegel, senior editor for the Clinton controlled Daily Beast, even gets a significant amount of screen time, which is solely used for bashing Stone. Tucker Carlson, Paul Manafort and even Jeff Toobin are all featured in exclusive interviews throughout the film. Fair is fair.

As a bleeding heart Leftist, personally, Get Me Roger Stone had my eyes rolling. Trump touted his disapproval of super-pacs, and yet here’s a man who is at the head of a massive Trump super-pac unabashedly chronicling his extensive career in dirty politics.

I have zero doubt, however, that any Trump supporter will find a way to rationalize the blatant lies, in regards to political favor, that lead to Trump’s election.

As someone watching from the other side, the film left me pondering if I would be as offended if the shoe were on the other foot, if Sanders had rose through the same tactics.

The film certainly raises questions, a quality of any good film, across the board in regards to ethics. At the end of the day, Get Me Roger Stone is entertaining.

Roger is an eccentric character, and personally a laid back guy. A pseudo black sheep for his tactics, as well as his stances on open sexuality and recreational marijuana use, Roger is perhaps seen more favorably now than ever before.

Get Me Roger Stone shows that, in some twisted way, Roger is out to destroy everything he had a part in, from the Republican Party to the media… Roger “The Renegade” Stone.