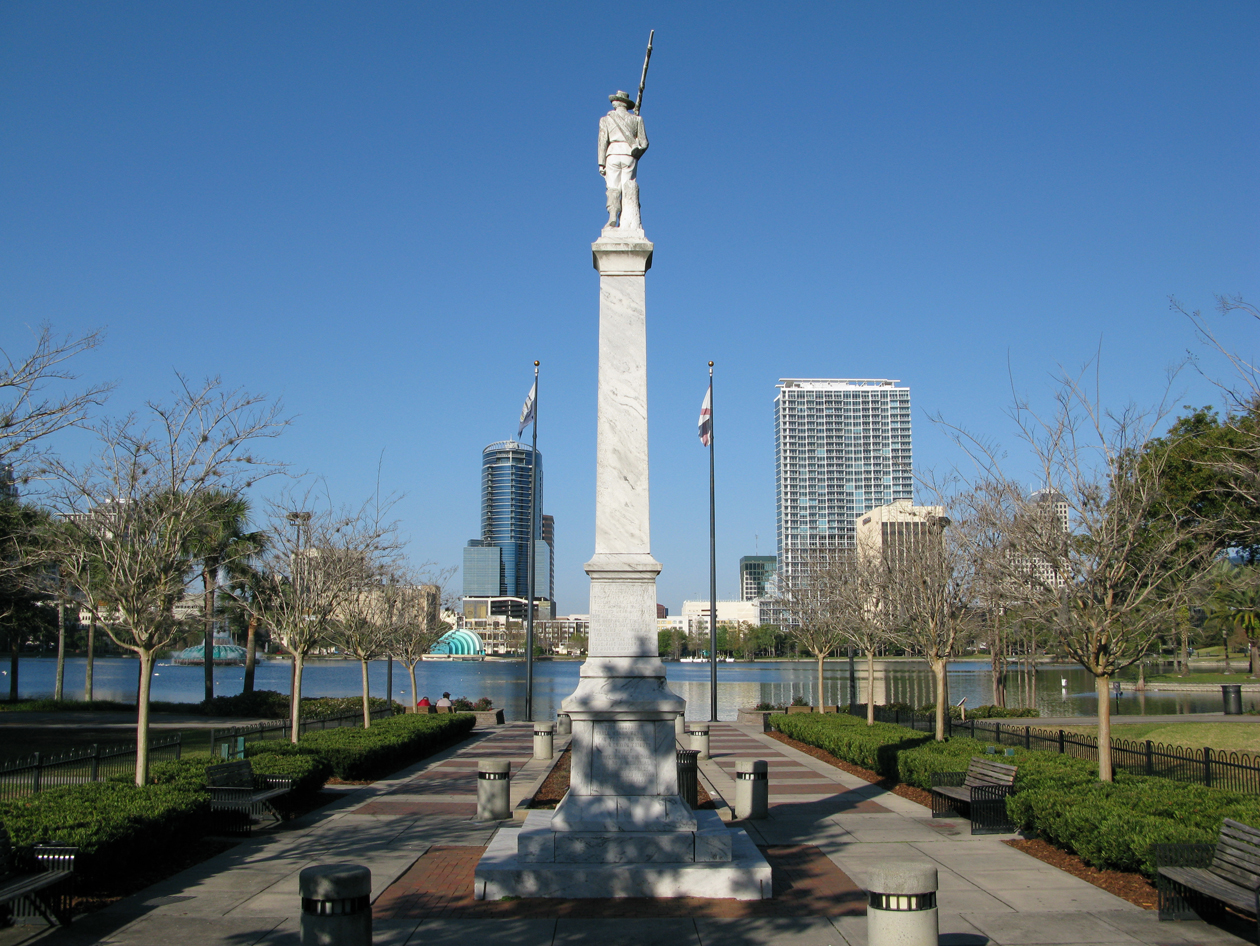 Survey shows Buddy Dyer may have gone out on a political limb pushing for the removal of “Johnny Reb”.

A public opinion survey, completed this past weekend, shows 85% of the Orlando voters surveyed want to keep the Lake Eola veterans war memorial right where it is.

Last week, Dyer proposed moving the venerable statue from it’s pedestal on the east shore of Lake Eola, to the Greenwood City Cemetery, where a number of Orlando’s civil war veterans are buried.

Dyer did seek any public input, nor was the item on the city’s agenda, a fudge on Florida’s Sunshine Law.

The Mayor expressed the belief that the statue did honor Orlando’s war veterans, and that he was not of the belief that it was a monument to hate and slavery, as those that want it removed have falsely claimed.

The survey, sponsored by one of Florida’s most powerful Southern Heritage groups, had only two questions for the randomly selected demographically proportional survey. Save Southern Heritage Florida has aggressively opposed similar removals across the state.

When asked, Orlando residents and likely voters opposed moving the statue by an overwhelming 85.9%.

The survey also revealed that 86.3% of voters opposed spending tax dollars on the move, which is estimated to cost tens of thousands of taxpayer dollars, if not more.

“We’re particularly pleased with the City of Orlando poll, as the area is arguably one of the most diverse in Florida” said David McCallister, a spokesman for SSHFL.

The pollster, Target Marketing USA reports that the 324 poll respondents represented a demographically accurate sampling of City of Orlando municipal voters, randomly selected from voter rolls. With a +/- 4% margin of error and a 96% confidence ratio.

“We have asked the Mayor put this to a referendum – and let the people decide,” concluded McCallister.

For more information on Save Southern Heritage Florida, click here.