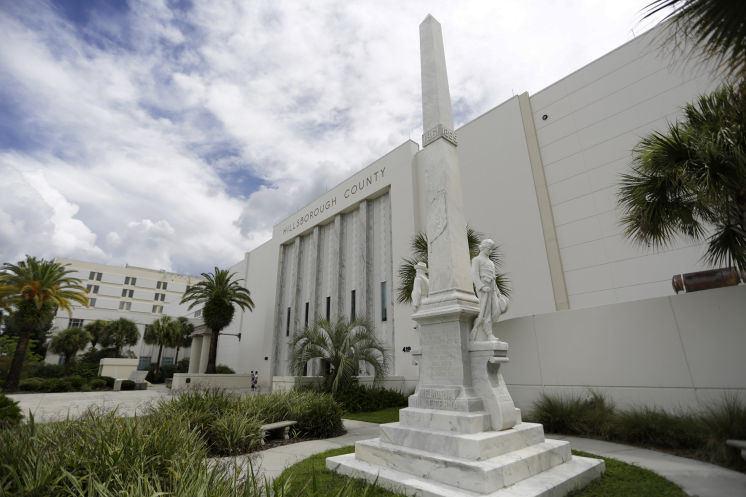 Hillsborough County Commissioner Les Miller who is in league with the Anti-American “Erase-ists” had planned a on introducing a New Orleans style history purge at a Commission meeting earlier this June – but pulled it after he didn’t find public support of the plan.

“This is the home of SUNCOM and SOCOM. It would be political suicide to disrespect soldiers and tradition this way here in HIllsborough County” said Save Southern Heritage Florida (“SSH FL”) spokesman, David McCallister.

After press reports of his plans surfaced, SSH members and supporters were notified and the intense push back pre-empted his plans. County insiders reported there were “few calls” to take down the historical war memorial dedicated to Hillsborough County’s fallen soldiers, while hundreds of angry voters swamped county commission switchboards demanding that the statue remain where it is.

Then last week, nationally known pollster, Gravis Marketing, polled likely voters in the county and released the results showing an overwhelming majority opposed removing the memorial to soldiers who died in the war between North and South.

HK Edgerton, Southern civil rights activist and past president of the Ashville, NC branch of the NAACP said the following…

“Les Miller doesn’t represent all black people…they are the weapon of choice to divide America. I watched it happen when they started waging war on South heritage.”

Nearly two dozen supporters of the memorial attended the June 7th County Commission meeting to show support for the memorial and to demand protection for memorials to all veterans of all wars in Hillsborough County.

They held signs saying “Americans Build Monuments – They Don’t Destroy Them.” No one showed up demanding it be taken down.

The next Commission meeting will be June 21st and SSH FL members and supporters will be in attendance to continue demands for protection for memorials to all veterans of all wars in Hillsborough County.

Learn more about Save Southern Heritage’s efforts to save monuments by clicking here.