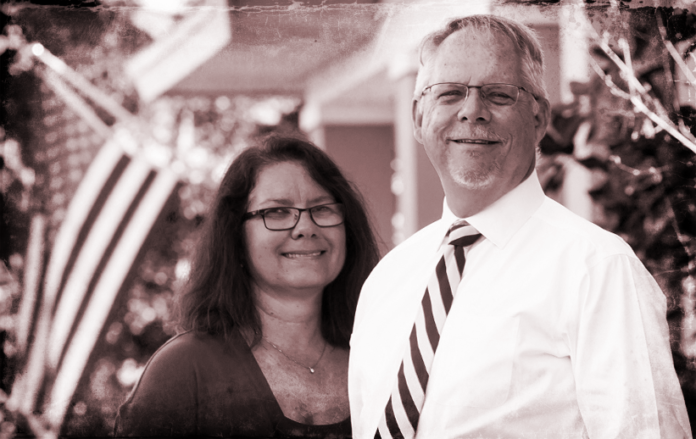 Central Florida voters might be getting another visit from billionaire liberal moneyman George Soros in 2018.

Soros’ contact on the ground for the mail-outs and TV ad buys was Democratic consultant Dave Plotkin, who made a killing from the PAC spending… while also serving as Aramis Ayala’s campaign advisor.

Ayala has claimed time and again that nobody on her campaign, herself included, was in contact with Soros. However, after she won last August, Plotkin told the Orlando Sentinel that he served as the go-between for the Soros/Ayala communiques.

Federal laws strictly prohibit communication between candidates and PACs, but the rules on the state level are more fluid. While Plotkin’s contact with Soros on behalf of Ayala might not explicitly violate the law, it most certainly violates the spirit of the law.

According to campaign finance reports, Keen has raised just over $16,000, with $10,000 of that being a loan the candidate made to himself earlier this year.

Much like we saw during Ayala’s campaign for State Attorney, Keen is posting relatively modest fundraising numbers and most high dollar expenditures have gone to Plotkin’s firm for “consulting.”

All according to plan…

Ayala claimed ignorance, while participating in photo shoots and the production of television ads that would provide the content for Soros’ million-dollar blitzkrieg.

Is Tom Keen expecting the same windfall from Soros? Will Plotkin plead ignorance of the connection between the two until after the election like he did in 2016 for Ayala.

Not much is known about Mr. Keens political beliefs, but we do know that he ran unsuccessfully for the State Senate in Indiana a few years back before setting up shop in Central Florida.

Will he run to the far-left in return for Soros becoming his political sugar daddy? Will Plotkin net another sizeable payday thanks to Daddy Warbucks?

Maybe, or maybe not. We simply won’t know, until we know, which is often to late to do anything about it. Again… all according to the plan for people like Soros/Keen/Plotkin.

Furthermore, voters should wonder if Keen would be as woefully unprepared for elected office as other Soros puppets in Orange County?

Both Ayala and Bonilla have faced ethics violations, demonstrated an inability to understand reports from staff, and abused their power for personal gain.

Tom Keen could follow in their footsteps, another misguided Soros stooge who pimps the party line, instead of serving the electorate.

Interestingly enough, George Soros is not the only 1%’er that Keen has been linked to.

For now, Tom Keen and his campaign consultant should come clean about their connections to George Soros and Herb Peyton.

Will these elites look to influence the electorate against City Councilman Jim Gray, or is this all just a coincidence?

We will have to wait and see.