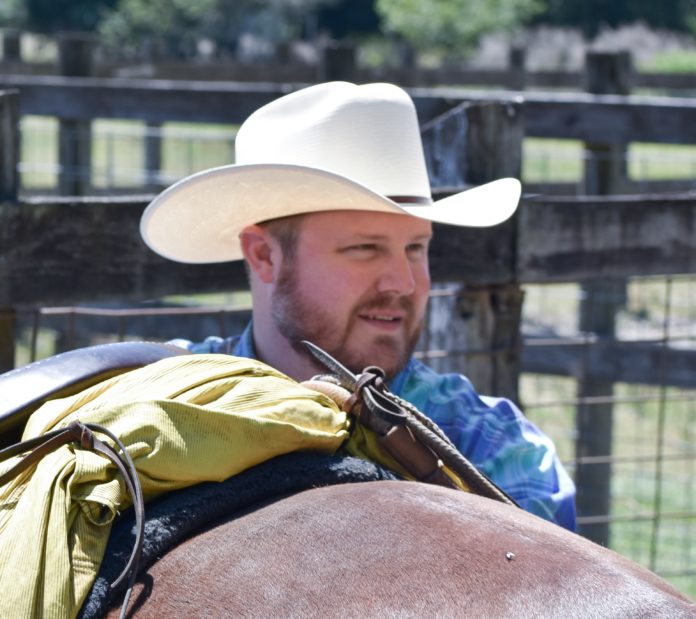 Caldwell points to his legislative and agricultural background as the two main reasons GOP primary voters should support his bid for Commissioner of Agriculture.

Republican Matt Caldwell was kind enough to sit down with Central Florida Post and chat about why he is running to become Florida’s next Commissioner of Agriculture. Our Q&A with him is below.

Before we get into politics – tell us about your life outside elected office. Upbringing, education, family. Who is Matt Caldwell?

I am 7th generation Florida native, whose family has a nearly 200-year history of being farmers, small business owners, ministers, and doctors in the State. My father is a minister and my mom is a teacher and, although I was born in Gainesville, I grew up in Lee County. I have a B.A. in history from Florida Gulf Coast University, which happens to be where I met my beautiful wife, Yvonne. We live in North Fort Myers, where Yvonne serves as a teacher and we raise their wonderful daughter, Ava.

You have represented South Florida as a member of the Florida House… how will this experience help in your quest to become our next Commissioner of Agriculture.

I’ve been humbled by the opportunity to serve in the Florida House since 2010. I have chaired committees related to agriculture and natural resources and currently chair the Government Accountability Committee, which oversees state policy on natural resources and public lands, transportation and infrastructure, local, federal, and military issues, & oversight of government operations, such as pensions & elections.

I’ve championed issues that impact our environment and the agricultural community. I sponsored an expansion of the Everglades Forever Act, which will complete Everglades restoration in the area south of Lake Okeechobee.

I was the prime co-sponsor of the Legacy Florida Act, which will permanently fund restoration of the greater Everglades. I also followed the heed of current Commissioner Adam Putnam and then-Speaker Steve Crisafulli who both identified water as the central issue facing 21st century Floridians, by sponsoring the “statewide water bill”, bringing transformational changes to water supply planning for agricultural, urban and environmental needs.

I want to take these experiences and apply them as Commissioner by leading these changes we need in water, natural resources and balancing the demand of urban, rural, and environmental concerns.

For those who might view your time in politics as a negative… what do you say to them?

When I first ran for office in 2008, we were in the throes of the deepest recession in nearly a century and many folks were running into the arms of big government. Although the political elite told me that I was wrong, that being a conservative was a dead-end road, running for office was about a choice: I could sit idly by, shaking my fists at the television or I could get out there and fight for what I knew was right and just. Although we lost that race, just two years later we won a grassroots victory, overcoming a 5:1 disadvantage in fundraising.

During my time in the Florida House, I’ve seen first-hand the career politicians and entrenched bureaucrats whose solutions to everything are raising taxes, increasing regulations, and expanding their power over the average person just trying to get by. I quickly learned that running as a conservative is one thing; governing as a conservative and challenging the status quo will put a bullseye on your back.

Nonetheless, we have been successful, leading on issues like protecting the 2nd amendment, instituting term limits up and down the ballot, and reducing taxes.  We’ve passed laws that protect Florida’s families from career criminals; that expand access and lower the cost of healthcare; and that address the needs of our environment and our farmers.

What problems need fixing in our state… what do our farmers need from the next agriculture commissioner?

Agriculture in Florida is led by a resilient bunch. Farming in this wild land has been no easy task. Floods; disease; freezes; this State can present a world of trouble to someone not prepared to face the challenges. And yet our farmers continue to face those challenges day in and day out. This attitude of innovation and hard work has allowed Florida to be a world leader in agriculture, continually improving to overcome these obstacles.

And our next big challenge will be no different. As we grow from 20 million to 30 million residents, we must continue that spirit of innovation. Our most precious asset, our water, will continue to define our success. Balancing the demands of growing cities with the needs of our farmers and our environment is THE key issue on which the next Commissioner of Agriculture must be a leader.

But this role is bigger than working with farmers and their success. It’s making sure we aren’t ripped off at the gas pumps. It’s making sure concealed weapons permits are overseen by someone committed to protecting our rights. And it’s fulfilling Cabinet duties, like overseeing the Florida financial system or stewarding millions of acres of conservation land.

Where do you get your suits tailored? At the haberdasher of the presidents, Brooks Brothers.

Why the bow-ties? Because shirts are cheaper to dry clean than ties.

Favorite band? I have eclectic taste but the most played on my iTunes right now includes the Beatles, Zac Brown Band, and Eric Church.

Film? O Brother, Where Art Thou

What do you do to “relax”? Clearing brush on my farm usually helps me clear my mind. Otherwise, a Flor de Oliva cigar and a single-malt Balvenie, neat.

You can learn more about Caldwell’s campaign by clicking here.