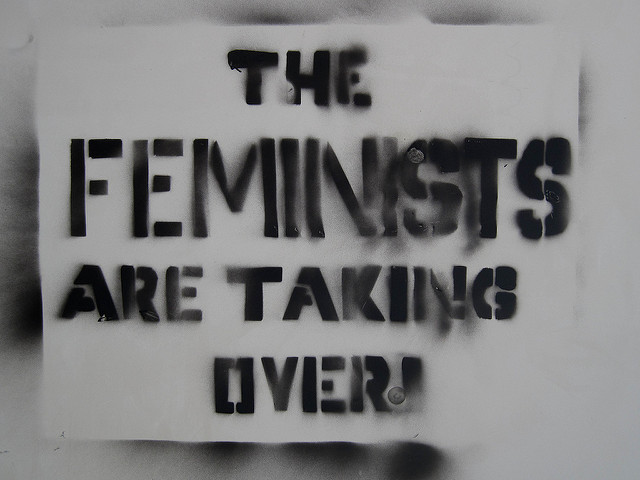 Personally, I believe we needed more women of substance in culture, but I don’t believe that rewriting characters and adding vaginas is what I asked for.

The female empowerment movement is sweeping the nation. Vagina hats and women Jedi knights, almost every direction you turn, there’s a woman!

An all female Ghostbusters cast, the first female Agent 007, and now a woman will play The Doctor… in Doctor Who.

Feminazis have also crept into the animated realm of film-making, as the new lead in Cars 3 is also a FEMALE. We really have to ask ourselves, is Hollywood empowering women or exploiting women?

People complained for years that entertainment media lacked strong female characters and role models. Do these new roles for women answer their prayers, or are we simply slapping boobs on franchises that already exist so we can pander to that audience?

Personally, I believe we needed more women of substance in culture, but I don’t believe that rewriting characters and adding vaginas is what I asked for.

Would it really have been too hard to simply think before over-sexualizing every woman in the story? Would it have been too hard just to make sure the women that existed in movies had substance, and weren’t fulfilling a token requirement?

Or, would it have been an extreme stretch to write roles specifically for WOMEN, not just mindlessly employing vaginas, but to tell real stories that weren’t being told?

I’m afraid this isn’t moving my gender forward and I’m afraid it’s making us satisfied with the bare minimum.

It’s a consolation prize wrapped in pity. I’m insulted and unsatisfied. I will not contribute to your attempt to take my money, simply because you LET a woman say a man’s lines.

Not today and not tomorrow.

Bridgette Bayley is an Avalon Park resident, UCF computer science student, and mother of one.