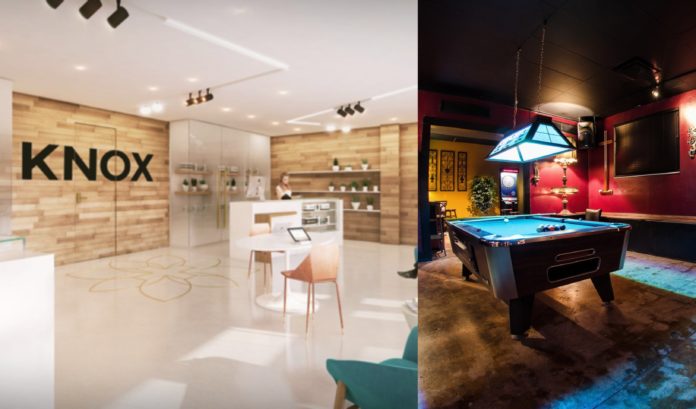 Every week NoDo gets a little bigger.

Orlando’s SoDo is nice and quaint. There’s a Publix, a Chick-Fil-A, and some state of the art medical facilities. The sun glistens well in the morning, but the southern part of downtown has never basked in the moonlight quite like the SoDos in other cities. The city of Orlando is working day by day to answer that, and the answer is pretty simple – NoDo.

Every week NoDo gets a little bigger. The massive half apartment, half shopping center off North Orange Avenue and Virginia is becoming a structural head turner for folks commuting to and from downtown.

While many are anticipating the big addition, NoDo has had a few staples, a few originals, which have made it one of the cooler areas of Orlando long before its rapid development began.

Galactic G Skateshop — Orlando’s oldest skate shop tops our list of NoDo originals.  Galactic G opened its doors twenty years ago, and after numerous remodels, and a multitude of “open for a few years” competitor shops, The G remains the tried and true shop of skaters in The O.  Also, it should be noted, these dudes are as hospitable as it gets. They’re constantly passing out free shoes, shirts, and even complete skateboards at the plethora of events they host and sponsor each year.  Even if you don’t skate, stop by to get some threads. This is definitely a shop every Orlandoan should support.

The Matador — This place is classy enough to take a date, but also chic enough to simply play a few rounds of pool.  The Matador is decked out in a Gothic-Victorian style, with massive couches and little candles that prop up this cozy, nightlife hub.  The liquor stock is on the more impressive end of our city’s bars, and the staff is always remarkably friendly.

Blackbird Vintage Music — It’s no secret that Guitar Center and Sam Ash have the musical market cornered.  A disdain for the incompetence and inadequacy of some of these shop’s workers leads many musicians to take the e-commerce route through websites like Reverb and Sweetwater.  At the end of the day though, wouldn’t you like to hold the guitar before you buy it? Blackbird Vintage is the perfect, local, remedy to this problem and, quite frankly, their inventory is much more impressive than the corporate competition.  If you want a legit 1967 Stratocaster, they’ve got it, and if they don’t got it, they’ll get it.

Knox Medical Dispensary — Alright, not all of us can go in here, but if you have a medical marijuana card, you can.  There’s not much to say about Knox. It is what it is. NoDo technically has a pot shop, and hopefully one day it’ll be fully recreational.

Born and raised in Orlando, and Socialist to the core, Patrick Jude graduated from The University Of Central Florida in 2015. He currently holds a B.A. in English Literature, as well as an A.A. in Jazz Performance from Valencia College.  Jude is heavily tattooed, abstains from alcohol and is an avid Packers fan.