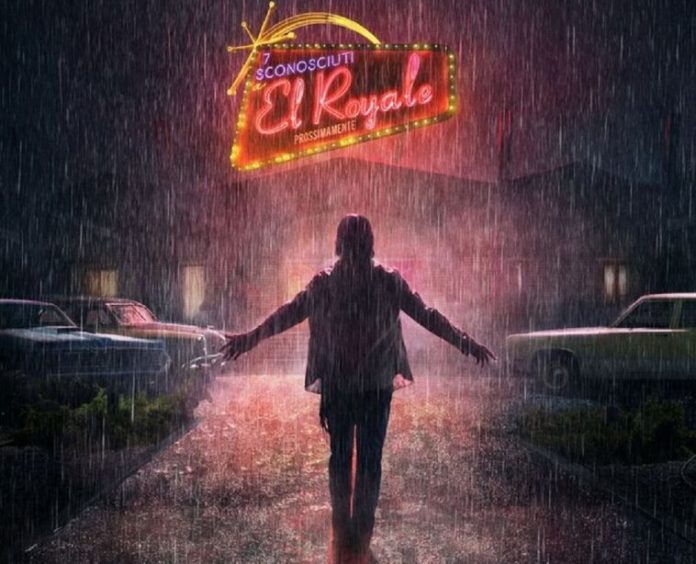 The film is smart and sophisticated, and any avid cinephile will thoroughly enjoy the filmmaking styles of Drew Goddard.

Drew Goddard is slowly working his way up the nerd filmmaker hierarchy. He has worked on Daredevil, Cloverfield, and Cabin in the Woods, bringing forth cinematic oddities that give new life to popular genres. Goddard does this again with Bad Times at the El Royale, a 1970s-set neo-noir that fuses tropes from multiple genres into a compelling potpourri of mystery, violence, and redemption.

The story takes place in a 1970s dual-state hotel, the El Royale, straddling the California-Nevada state line. Entering the hotel are four patrons: Darlene, a down-on-her-luck blues singer; Father Flynn, an ex-con seeking a stolen fortune lost in a double cross; Laramie Seymour Sullivan, an undercover FBI agent; and Emily, who is trying to free her sister from an evil yet always attractive Chris Hemsworth.

The film is fast-paced, with twist and turns that seemingly cross genres. At one point, you think this is a story of an ex-con down on his luck, before it becomes a story about cults, kidnapping, and political sex scandals.

Drew Goddard put several ideas on a dart board and just went wild, somehow turning what should be a chaotic mess into a cinematic masterpiece.

The tale reads like a contemporary western, Tarantino-esque with less graphic (but still graphic) violence, combined with neo-noir mystery elements.

Though big-name actors like Jeff Bridges, Dakota Johnson, and Chris Hemsworth do stellar portrayals of their individual characters, it is the lesser-known cast whose acting skills shine brighter. Cynthia Erivo, a British stage actress, put her musical vocals to good use as well the pain that drove her. Cailee Spaeny, an up-and-comer who will soon be seen in two political biopics, makes you wonder if she truly is as mad as she acts. And Lewis Pullman, the son of actor Bill Pullman who is set to star in the Top Gun sequel, makes you feel his sorrow.

The film is smart and sophisticated, and any avid cinephile will thoroughly enjoy the filmmaking styles of Drew Goddard. If you are looking for a good time, the El Royale is open.