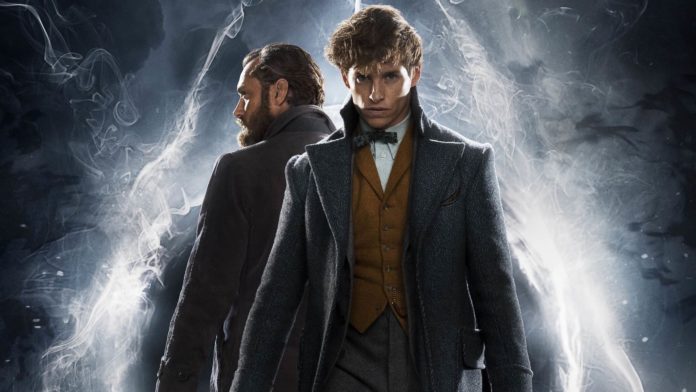 The classic themes you expect are there as always. The conflicts of love and the importance of friendship.

J.K. Rowling once again brings us back to the Wizarding World, adding on to the mythos of her franchise with Fantastic Beasts: The Crimes of Grindelwald. The movie expands on the first film, adding a darker tone in preparation for what is set to be a full-fledged cinematic universe that can rival Marvel.

While Fantastic Beasts only stuck to New York City, the Manhattan skyline only appears once, during Grindelwald’s daring escape, travelling London, Paris, and of course, Hogwarts.

The film’s focus is a clear set up for what is bound to be an interesting future for the Wizarding World, focusing on Grindelwald’s return to power. Grindelwald plays a far different, and certainly more dangerous villain than Lord Voldemort. Grindelwald’s villainy is not just in his ruthless disregard for life, but of his oratory skills, able to convince even the most innocent characters to turn to his cause. Grindelwald is a perfect villain for today’s post-truth era, with the rise of silver-tongued authoritarians and alternative facts.

But if you were concerned this series would only be a quest to destroy Grindelwald and to learn the truth about Credence, then fret not, as you can expect the same silly animal antics as the first film, from baby nifflers to escaped Chinese monsters, and Newt being who he best is, an animal caretaker. This is a staple of Rowling’s work, providing moments of brevity and joy in an otherwise dark and somber tale.

Diehard Potter fans will enjoy an exploration of the unique Wizarding World, albeit through momentary Easter eggs. The film is fast-paced, with a lot of major occurrences not fully addressed, including Queenie and Jacob’s relationship, which though still showing love, clearly has major issues. The film doesn’t take a romantic stroll into what we expect would happen. Rowling tells us a more real story.

The classic themes you expect are there as always. The conflicts of love and the importance of friendship are represented both literally and symbolically, with even a form of archaic blood magic that saved Harry Potter being referenced in a major plot point.

There are some enjoyable cameos that hardcore fans will enjoy, while taking the Wizarding World into a direction that may either excite or upset long-time Potterheads. Particularly, those who held reservations about Nagini may be upset at other revelations.

Though this Fantastic Beasts franchise is very much setting up a Dumbledore-Grindelwald prequel, it is told through the eyes of a lovable goofball who sees the good in everything. In other words, your stereotypical Harry Potter fan.