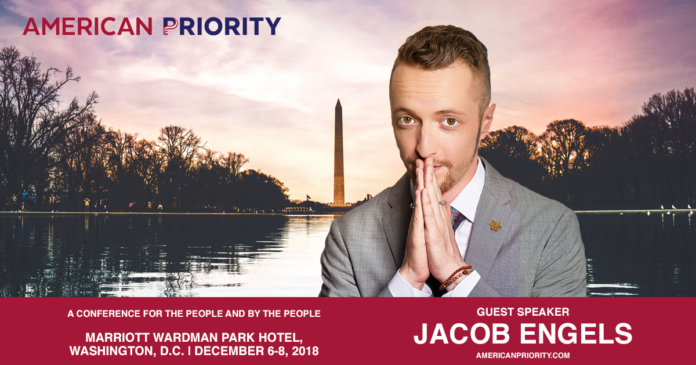 The conference will discuss a wide variety of topics, including citizen journalism, illegal immigration, the Second Amendment, social justice, left-wing violence, and the impact of Trumpism on entertainment.

The founder and publisher of the Central Florida Post will be joining several conservative influencers at the American Priority Conference in Washington, D.C. from December 6th to 8th.

Kremer will be hosting a Lipstick & Liberty Luncheon on December 7th during the event. Laura Loomer who, like Engels, reports aggressively against left-wing politicians, will speak on protecting citizen journalism.  Engels will also be discussing citizen journalism, censorship, and the new media landscape.

It will also feature the DC premiere of Mike Cernovich’s film “Hoaxed: The Media’s War on Truth”.

The American Priority conference plans to bring conservatives, center-right populists, economic nationalists, and libertarians together to discuss and prioritize a common agenda. The goal of the conference is not to focus on our differences but working together to find common ground amongst diverse right-wing factions.

“President Trump’s campaign for President was so much bigger than a political campaign – it was the start of a political, cultural and intellectual movement,” said Alex Phillips, who is organizing the conference.

“All across the country, and across almost every platform, the left is demanding that debate and discussion be shut down. This conference is dedicated to the once-not-so-revolutionary idea that debate and discussion is good for our country. We cannot expect to find solutions to the complex challenges we face as a country without engaging in a meaningful and robust battle of ideas,” continued Phillips.

The conference will discuss a wide variety of topics, including citizen journalism, illegal immigration, the Second Amendment, social justice, left-wing violence, and the impact of Trumpism on entertainment.

“I’m honored to join the American Priority conference,” Engels said.  “They understand the importance of nationalism, free speech, and alternative media.  We must support efforts like this or accept our role as servants of the deep state and the tech-left.”

You can purchase tickets and secure sponsorships by visiting americanpriority.com.