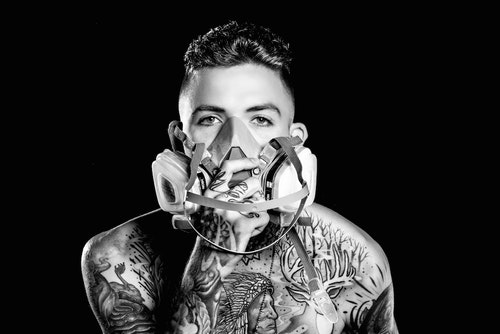 While other artists put in a few guitar chords, songs, such as Caskey’s “Unapologetic”, showcase ambient guitar riffs reminiscent of experimental groups like This Town Needs Guns.

It’s sad to say, but Orlando isn’t known as a producer of national acts – which is a shame considering there is a plethora of wildly talented musicians around town.   We do have a hometown hero in the big time Rap game though, the uniquely talented Caskey.

Caskey made the 407 proud in 2013 when he announced he would be signing with the massively successful label known as Cash Money.  It wasn’t all glory for Caskey however, as he found himself under enormous pressure as many saw him as the replacement for Cash Money’s biggest star, Lil Wayne (Weezy F).

Despite the adversity, and perhaps faced with an opportunity to bite, or copy, the sound of a former star, Caskey developed his own sound.  Perhaps the most universally appreciated quality of Caskey’s sound is his use of instruments.  Sure, loads of rappers have used instruments, but nobody has crossed over as many genres as Caskey.  While other artists put in a few guitar chords, songs, such as Caskey’s “Unapologetic”, showcase ambient guitar riffs reminiscent of experimental groups like This Town Needs Guns.

Caskey was recently featured in a VICE special on lean.

Above all else, and in lieu of his possibly embellished speech patterns, Caskey seems to be a down to Earth figure in the Rap game.  There are certain figures in the game, like T.I., or Gang Starr’s Guru who have become prominent, positive voices.  I fully believe the still young Caskey continues to exercise the traits of humility, and experimentation with crossing genres, and that he will go down as Orlando’s T.I.

It’s been about six months since the artist’s last release, Music to Die To.  While that may be recent for most, Caskey has a solid streak of consistently releasing new content.  With only one concert date scheduled, don’t be surprised if there are some big announcements from Camp Caskey in the very near future!