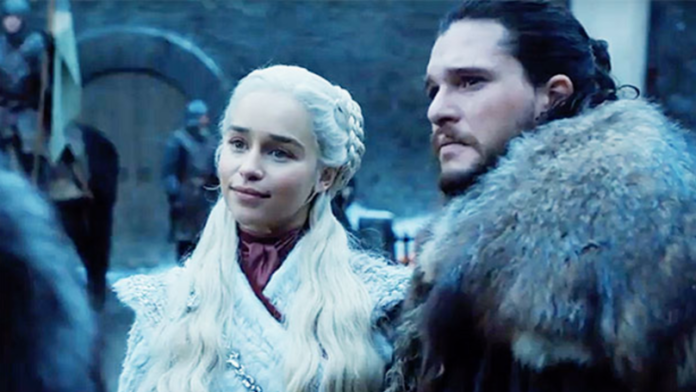 HBO is keeping the lid on the much anticipated final season, which is set to debut on April 14th, to an excited fan base waiting for a worthy end.

We have been anticipating for quite some time the end of the epic tale that is the Game of Thrones. The story, based on George R.R. Martin’s modern epic, has given fans a wild ride for almost a decade, bringing us on a journey into a world of cunning, corruption, and copulation.

But all good things must come to an end, and winter is finally here, and so to the final season. Fans of have followed the journeys of characters too numerous to count, with deaths at an almost equal number. This recent season was no exception, as the series cleaned house on many fan favorites and non-favorites alike.

The convoluted story was a mashup of medieval history in many ways. It begins with the death of King Robert, who resembles King Henry VIII in both size and lifestyle. His death sets off a literal “game of thrones,” as Lord Eddard Stark, the Hand of King Robert and de facto prime minister, challenges the most hated blonde child in the world, King Joffrey.

As the game has been played, we have seen players be eliminated or change sides, leading to a final clash between four great foes.

Having essentially eliminated everyone dear and hated in her life, Queen Cersei has consolidated power in Westeros, while Danaerys Targaryen destroys her forces with the use of her dragons. Jon Snow, having reunited with the remaining Starks, brings warning of the Night King, attempting to unify divided forces against a common enemy.

It’s going to be a very good year.

The series also confirmed the worst-kept secret in Westeros history, being the Targaryen origin of Jon Snow, a move that both gives him equal right to the throne as Danaerys, and also an interesting resurgence of the incest motif.

Not much is known as to what is next, as much of the series diverted from the novels after Martin’s literary delays. Everyone suspects the throne will be retaken by the Targaryens, but with two claimants to the throne, the question is with who and how will this end?

The story opens itself up for some final and brutal death of beloved characters, as is Martin’s sadistic style. It would not surprise anyone for writers to take out fan favorites such as Aria Stark or Tyrion Lannister, and both Jon and Danaerys are vulnerable as well.

HBO is keeping the lid on the much anticipated final season, which is set to debut on April 14th, to an excited fan base waiting for a worthy end. You can watch the latest teaser below…