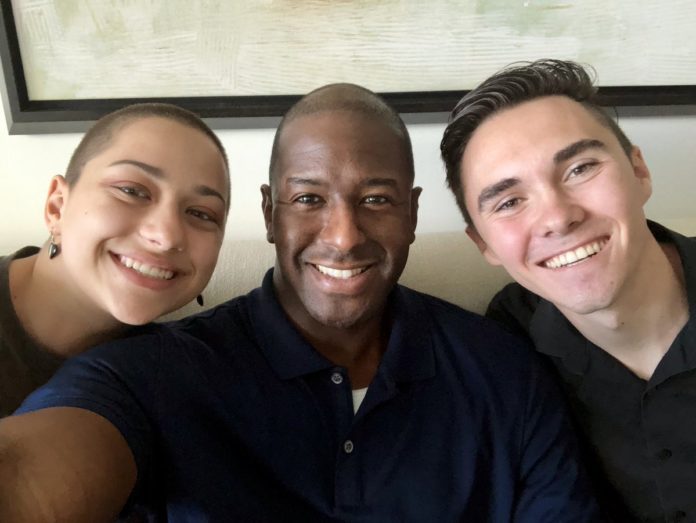 Gillum’s doomed campaign was dogged by radical alt-left positions on taxes, sovereignty, and the role of law enforcement in modern society.

Andrew Gillum will begin work at the Harvard Kennedy School’s Institute of Politics this spring. Gillum was backed by George Soros and hailed as “The Next Obama” by progressives in his campaign for Governor of Florida in 2018. After a surprise victory in the Democrat primary on a shoestring budget, Gillum went on to lose to Republican Ron DeSantis in the general election.

Gillum’s campaign was dogged by radical alt-left positions on taxes, sovereignty, and the role of law enforcement in modern society.

Peter Shcorsch, Florida’s leading independent publisher, has argued that Gillum’s refusal to embrace capitalism over socialism in a pro-business state like Florida was likely the cause of his defeat.

According to Florida Politics…

Institute of Politics Director Mark Gearan said the fellows program is a fundamental component of the Institute’s mission.

“We are eager to bring together this extraordinary group of fellows who will provide students with the opportunity to learn from their experiences running for office, building grassroots advocacy campaigns, and making public policy,” Gearan said.

Mr. Gillum, who has no apparent qualifications to even purchase a hoodie from the Harvard University gift-shop, joins the extremely underqualified anti-gun activist teen David Hogg in securing a social justice warrior fueled pity-fest from Harvard.

Hogg and Gillum were spotted several times during the campaign, with Hogg and his fellow anti-gun activist classmates regularly promoting Gillum’s candidacy on their social media accounts.

**Originally reported by Jacob Engels for The Gateway Pundit**