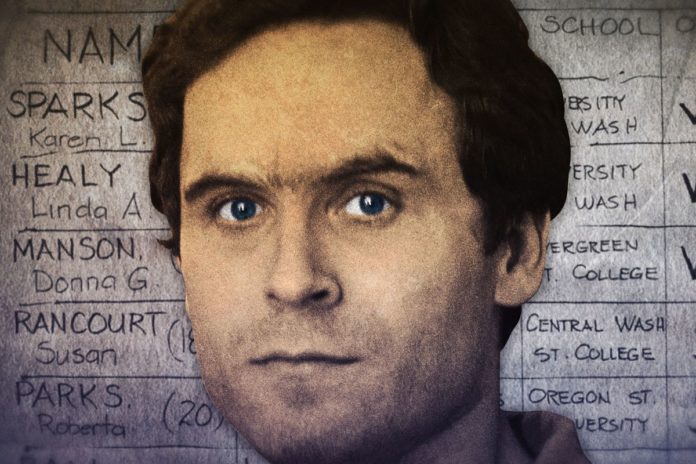 What is most frightening for viewers is not just how easily Bundy was able to get away with all these crimes, but how so many factors of his creation were caused by us and could happen to anyone.

He was clean-cut, handsome, charming. A beautiful romantic prince, capable of sweeping any woman off her feet.

That was, before he raped and murdered them in the most brutal of ways.

The 1970s brought us infamous misogynist murderers, but none was more intriguing than Ted Bundy. Bundy was no Charles Manson. He wasn’t some incel living in his mom’s basement. This was a handsome, charming law student and aspiring politician. He had the appearance, swagger, and charm of a Republican JFK.

Yet behind is chiseled jawline and luscious mane was the mind of a psychopath, and Netflix’s new true crime documentary shows you how manipulative Bundy is.

Bundy massacred and defiled thirty women without an ounce of remorse, all while seeming like the type of guy a ‘70s girl would bring home to her parents. The Ted Bundy Tapes thankfully does not overly detail the brutality of Bundy’s crimes, which would be painful to watch.

The documentary rather goes into Bundy’s psyche, where his insanity truly depicted. To tell this tale, Bundy weaves a myth about the Entity, which allows him to describe his evolution from man to monster. Documentarians collaborate this with the people who knew him from childhood, and the investigators involved in the strings of murders he engaged in throughout multiple states.

Bundy’s childhood exemplified the archetype of the creepy assassin. An inflated ego at birth, Bundy had a strong desire for attention, yet was always the victim of ridicule. Adding to that the era’s sexual objectification of women through pornography, Bundy’s Entity grew, lusting for violence and glory.

Bundy is able to use genius-level cunning to both avoid and escape capture. He is able to use appearances and stereotypes to hide in plain sight. These tapes show us frightening causality of madness, and how trust is an easily manipulated commodity.

Delving into the mind of Ted Bundy should be done with caution but doing so may help us understand the madness in others, or possibly, ourselves. Tread lightly.