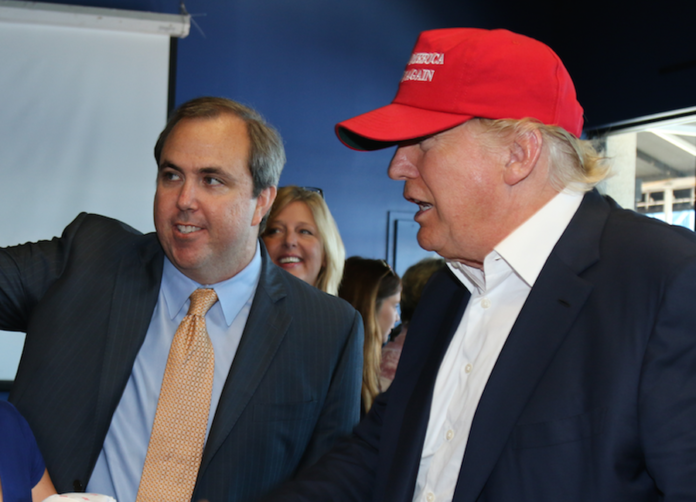 Gruters’ move to solidify protections for LGBT employees in the workplace is a worthwhile move and one that moves the Republican Party in a more libertarian-leaning direction, which is where more Republicans see themselves nowadays anyways.

Joe Gruters, a longtime Trump ally in the Sunshine State, is under fire from progressives and some far-right gay hating groups for his bill in the Florida Senate that would prevent employers from firing or otherwise discriminating against employees for being LGBT.

Progressives, who are generally never happy with any Republican support for the LGBT, have surprisingly claimed his bill doesn’t go “far enough.” As a gay man, who has read the bill and long supported Gruters for his forward thinking attitudes, I am left to wonder what exactly Florida progressives want to see more of in the bill.

Do they want Gruters’ bill to include a section requiring mandatory watch parties of RuPaul’s Drag Race for toddlers in hopes of turning them into teen drag queens dancing for cash in seedy gay bars past bedtime? Nevertheless, Gruters, who was also recently elected as the Chairman of the Republican Party of Florida, does Republicans justice by taking a stand for the LGBT community with his recently filed legislation.

As expected, the far-right “family values” organization Florida Family Policy Council, lead by notorious homophobe John Stemberger, has called on Gruters to resign over his support of the LGBT community. Stemberger, who founded a Boy Scouts’esque organization after they adopted a more gay-friendly approach, has been known to enjoy dressing up in scout outfits and leading outings across the country for his Trail Life USA group.

The Republican Party has been reformed in the image of Donald Trump since his historic election in 2016 and has become increasingly more LGBT friendly. Gruters move to solidify protections for LGBT employees in the workplace is a worthwhile move and one that moves the Republican Party in a more libertarian-leaning direction, which is where more Republicans see themselves nowadays anyways.

State Senator Joe Gruters has refused to resign amid calls by Stemberger’s far-right group and spending by out-of-state political action committees. Good for him… President Donald Trump supports the LGBT community and so should Florida Republicans.