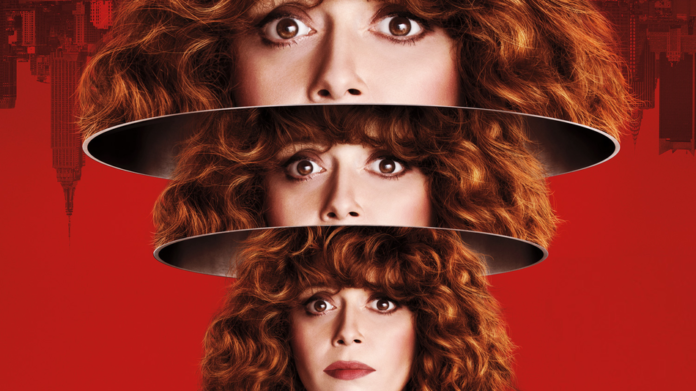 This series is twisted and dark, with disturbing and creepy imagery throughout, but he biggest twist may just be its beautiful message.

Have you ever read The Metamorphosis in high school?

It’s a dark and disturbing tale if you ever get the chance. It’s a story of Gregor Samsa, a man who wakes up one day to find he is a giant insect, and must adapt, rather horrifically, to this new world.

This is the most famous work from existential author Franz Kafka, turning so many high school students to the meaninglessness of life. But if you never read it, that’s fine. You now have Russian Doll.

This new series, from Amy Poehler and Orange is the New Black’s Natasha Lyonne, dares to ask the question no one was asking—what if Groundhog Day gave you an existential breakdown?

Lyonne plays Nadia, a drug-addicted IDGAF New Yorker, wandering the desolate urban forest continuously regenerating in the same bathroom on the same night, her 36th birthday. Every unique death brings her back to the same dark and artsy bathroom, to the same annoying “Gotta Get Up” song and mingling in the same party being held by her polyamorous lesbian friends.

Russian Doll plays as a choose-your-own-adventure, as Nadia attempts to investigate her mysterious revivals, whether it be tracking the contents of an Israeli joint, to looking into a possibly cursed yeshiva, to trying to make amends to the man whose marriage she successfully ruined, before finally running into Alan, another New Yorker stuck in a similar dying god cycle.

Alan, who is highly implied to be autistic (referred to throughout as “mental problems”), is the yin to Nadia’s yang. He repeats the same day every day in an ordered fashioned, spending the same day, proposing to his same girlfriend, and getting denied each time. Alan finds peace in the sameness and routine, a routine dramatically disrupted by the impulsive, devil-may-care Nadia.

This series is twisted and dark, with disturbing and creepy imagery throughout, but the biggest twist may just be its beautiful message. Alan is a broken man, trying to fix his constant social failures (something typical in the autistic community), whilst Nadia lives as a hedonistic individualist. At the end of the story, it’s a story of the importance of not being alone.

Russian Doll successfully combines unique genres and concepts, from religious themes (Buddhism, Christianity, even Satanism) to science fiction tropes (time travel, quantum mechanics), all wrapped in the destitute underbelly of Manhattan. It is a spiritual message for all the brooding nihilists.