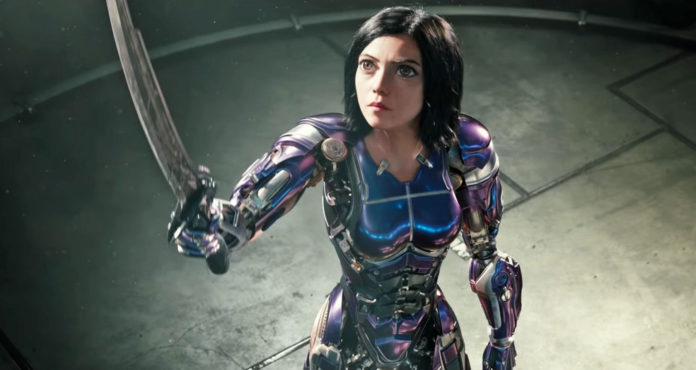 Alita: Battle Angel tells the story of Alita, an old cyborg “Berserker”, cyber-soldiers who fought in an apocalyptic space war, centuries before the events of the story.

But if fans of Battle Angel Alita are upset at this movie, they have allies with the critics. As you can expect from a James Cameron production, Alita: Battle Angel is a drawn-out romance taking place in an epic setting. Essentially, it’s a more action-packed, cyberpunk Titanic.

Alita: Battle Angel tells the story of Alita, an old cyborg “Berserker”, cyber-soldiers who fought in an apocalyptic space war, centuries before the events of the story. Found in a junkyard and repaired by Dr. Ido, in a role Christoph Waltz was not meant to play, Alita is on a journey of self-discovery, that is less of a journey and more of a preparation.

Despite being a CGI cyborg, Alita was very real, albeit with very cheesy dialogue. In one scene the “battle angel” is trying to rally an army of hunter-warriors, all of whom follow a strict selfish code akin to what you see in pirate or bandit communities. The speech was adorably cliché, and ridiculed equally by both the hunter-warriors, and the audience themselves.

If you came for an action-packed origins story, you do get some of that in this story, and those aspects are the most entertaining parts of the story. But the Hugo romance is an embarrassment at best. A loving rogue, you can’t really tell until the end if he actually loves Alita, or if he just wants her for parts.

It is Hugo that introduces Alita to Motorball, the dangerous sport controlled by Vector, who wants Alita for himself and who employs Hugo. In terms of love stories, there are some serious holes.

Alita: Battle Angel focused on the mediocre, while ignoring interesting storylines that could have been explored (more Motorball, please). Action-packed, enjoyable to watch, but it had only one story, which was to set up for the next one. If you want to spend $15 to set up a sequel, you may foolishly do so. Otherwise, wait for it to stream online.