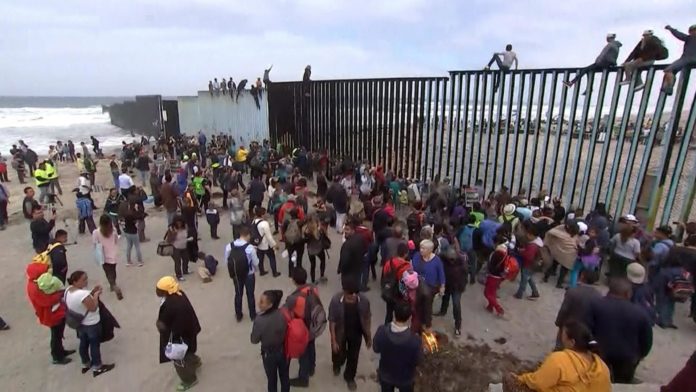 Following President Trump’s announcement that he is considering sending illegal immigrants to sanctuary cities and other areas of the country openly welcoming vast swaths of potentially dangerous illegals, Central Floridians have lots to worry about.

This past summer, the City of Orlando passed the Fair Treatment of All Trust Act which prevented law enforcement and police / first responders from asking about a person’s immigration status. While the City of Orlando claimed that the policy was not exactly signaling “sanctuary city” status for the City Beautiful, rabidly pro-illegal groups vigorously supported the effort.

The Fair Treatment of All Trust Act is similar to other proposals put forward before by cities like San Francisco, Los Angeles, New York, and Baltimore who eventually adopted welcoming committees for illegal immigrants with no screening process in place to protect American citizens and legal immigrants.

With a majority Democrat City Council that is virulently anti-Trump and a small Republican contingent that is split among supporting the Fair Treatment for All Trust Act and opposing it, Orlandoans have been left wondering if Sanctuary City status is coming in 2019.

Trump’s announcement that he is considering sending illegals to illegal friendly counties, cities and states has not specified whether or not a clear status as a sanctuary for illegal immigrants is the baseline requirement. His statements come after Democrats have refused to augment current immigration laws which put Americans at serious risk and don’t properly fund a strong border. It’s entirely possible that cities like Orlando that have adopted pro-illegal measures and are moving towards full Sanctuary City status could be flooded with… as President Trump put it… an “unlimited supply” of dangerous illegals.

Areas that have adopted pro-illegal and Sanctuary City status have seen frightening spikes in violent and deviant crimes, with illegal immigrants continuing to commit acts of homicidal drunk driving, violent rape, child molestation and other serious crimes across the United States.

While leftists and their support groups like Antifa and the mainstream media continue to tell us that illegal immigrants are not a danger to hard-working American citizens and LEGAL immigrants, the facts simply say otherwise. Past that, New York just approved millions in funding for illegal immigrants for college, while snubbing children in Gold Star families that have lost their parents in during war.

Orlando residents and Central Florida residents as a whole should demand that the Orlando City Council and Orange County Commission pass a measure proclaiming that they DO NOT plan on adopting Sanctuary City status to protect Central Floridians from a dangerous influx of illegals that have not been properly evaluated.

Considering that the City of Orlando can’t even handle controlling the hordes of homeless and other vagabonds squatting within the city limits, it is amazing that they have put us all in the position of potentially being flooded with thousands upon thousands of illegal immigrants.