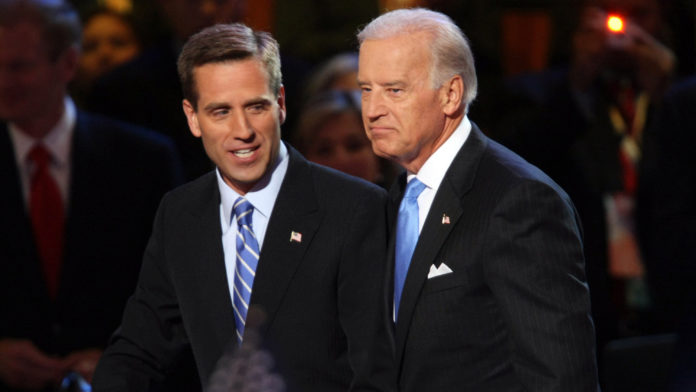 During the late Beau Biden’s time as Attorney General and his father’s as Vice President, both Bidens failed to properly investigate a series of lynchings in Dover, Delaware.

The lynchings were accompanied by racist leaflets distributed after the first lynching in 2010 claiming that someone or a group of people would be “cleaning up the streets, one n*gger at a time.”

A third man was violently assaulted in December of 2012, following the October 2011 lynching of a young African-American male and star athlete who was attending Wesley College. Charles Conley, just 19-years of age, was found hanging from a tree from two-belts linked together. Police classified it as a suicide, claiming a suicide note existed… a claim that local activists and political leaders found to be unsubstantiated.

In the 2012 lynching attempt, another African American male was attacked by several men who attempted to cut off his ears and penis. The victim, Henry Fordham, claimed the two men bragged about lynching Johnny Clark in 2010 and promised to do the same to him.

However, the lynchings were all swept under the rug and labeled “suicides.” The third attempted lynching on Henry Fordham was soon forgotten after law enforcement claimed his statements could not be “substantiated,” despite substantial physical evidence of the attack.

From an article in The Dover Post, sharing comments made by a local resident who was unhappy with the lack of attention from city officials and political leaders in Delaware.

“This flyer says, ‘Cleaning up the streets of Dover one nigger at a time,’” Alston said, holding up the leaflet before council during its Monday night meeting. “And it contains an image of a black person hanging from a tree [next to a Nazi symbol].”

Alston said he suspected the city had conducted a “cover up” of what he described as the lynching of Johnny Clark, who was black, in Silver Lake Park, on May 12.

“According to the official city line, he committed suicide,” Alston said. “Since then and subsequent to that, we had another individual who was treated in the same way at the same location. This is not an individual circumstance involving Mr. Clark.”

After public comment, Alston presented the Dover Post with an affidavit in which Henry Fordham, a black man, alleged that “two crazy white boys” attempted to lynch him in Silver Lake Park on Sept. 21.

“What I’m demanding here is an investigation because our kids mean something to us, gentlemen and ladies,” he said. “If this was a situation where this was a Caucasian who had been tortured or killed by black domestic terrorists, then something would be done in the city of Dover.”

A 2013 post from RedState by another Delaware resident also unhappy with the lack of attention to the lynchings and attempted lynching, theorized that it was being ignored and actively ignored by Attorney General Beau Biden for “political reasons.”

“Would it be because of political pressure from above the Delaware Attorney General’s office. Could it be that two lynchings and an attempted lynching would cause a political maelstrom and hurt the election of certain individuals.”

With Joe Biden set to announce his candidacy for President of the United States in Charlottesville, VA to race-bait and foment a fear of Donald Trump among the African American community, we should remind ourselves that he did nothing about these lynchings in his home state less than a decade ago.

He was the VP to America’s first African-American President, yet he did nothing to bring attention to these series of very heinous crimes.

His son actively ignored them at best… and at worst buried investigations into the lynchings to avoid poor press in an election year.

Aside from the documented history of Joe Biden molesting women and children alike with unwanted touching / groping / kissing… the forgotten lynchings of several African-American men in Delaware might be one of his biggest problems as a candidate in 2020.