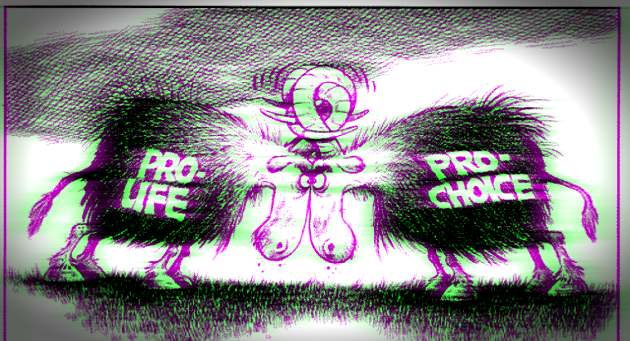 Republicans understand that pro-abortion leftists are prone to violence when confronted with differing viewpoints, but are being urged to be peaceful and kind.

As thousands of alt-left abortion proponents gather in Downtown Orlando this Memorial Day weekend, Orange County GOP Chairman Charles Hart has sent an alert to party loyalists encouraging them to join others in a peaceful counter protest.

“The May 2019 General Membership Meeting has been cancelled but I pleased to announce your Orange County Republican Executive Committee continues to fight for Life and President Trump’s agenda.

That said, Orange County Republican Executive Committee’s Activist Committee is sponsoring a Republican Pro-Life Counter Protest to the Democrats Pro-Choice Lake Eola Rally and Walk Around Lake Eola on Sunday, May 26th from 10:30 a.m. to 12 p.m.

This will be a peaceful counter protest where we will show support for Pro-Life Legislation around the nation with a smile and our Pro-Life signs.

We will not be confrontational to the Central Florida Planned Parenthood Democrats as they pass us by!

The Democrats’ rally events start at 11AM at the Eola House next to the children’s playground (of all places) then they will march around Orlando’s centerpiece landmark.”

Hart later acknowledges in the email that the very presence of an opposing viewpoint to the radical pro-abortion leftists may trigger an angry confrontation, but again implores Republicans to be completely peaceful.

Democrats have become increasingly violent since the election of Donald Trump, regularly violently attacking people for simply having a MAGA hat on or professing a different viewpoint. The mainstream media has cheered on these attacks gleefully, with digital platforms like Facebook and Twitter allowing Democrats to issue calls to violence while systematically censoring conservatives for posting funny memes.

It will be interesting to see how Sunday’s protest / counter-protest goes.