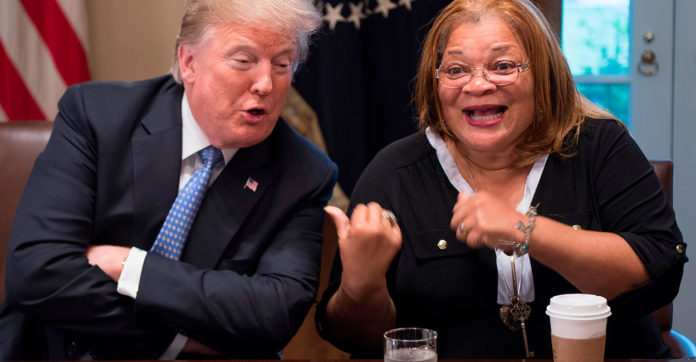 Dr. Alveda King will address the West Orange Republican Women Federated club next month during brunch meeting on June 10. The gathering will be held at the West Orange Country Club in Winter Garden and costs $30 per person for admission.

King originally served in the Georgia State House as a Democrat in the late 70’s to early 80’s, before unsuccessfully running for Congress. She has since become a Republican, endorsing Herman Cain in 2012 and voted for Donald Trump in 2016.