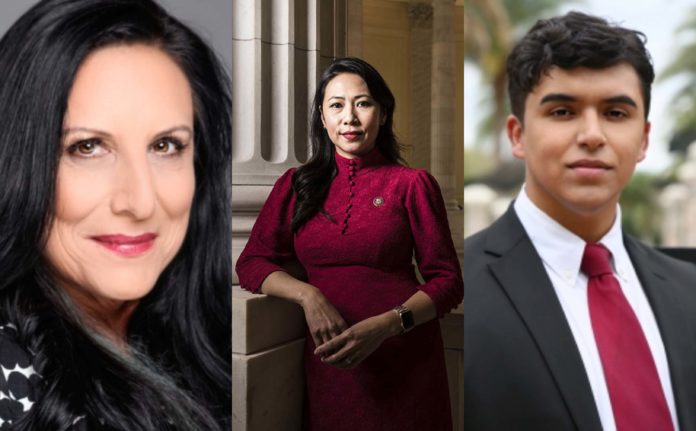 The past two elections in Florida’s 7th congressional district have proven that the country club Republican route to victory no longer works with voters. The sensible delicacies of highbrow campaign tactics against an ever more ruthless and dishonest Stephanie Murphy are a waste of time.

Murphy was at her weakest when Congressman John Mica finally started fighting back in 2016, just a few weeks before the November elections. This was after a months long barrage from Murphy, who accused the affable senior statesmen of everything from corruption to being PRO-RAPE. Mica spent the last few weeks highlighting her ties to the deep state, lobbying for Full Sail and the school’s history as a predatory for-profit college.

These pressure points remain chinks in Murphy’s armor. And now, she has two terms of bad votes in congress to dissect and scrutinize. She votes with Pelosi nearly 100% of the time and is now favoring impeachment of President Trump. However, when she comes home and whores for positive press from friendly mainstream media writers, Murphy is framed as one of the last moderates in Congress.

Nothing could be further from the truth, but the truth matters little if the people who will be casting their votes in CD7 aren’t regularly acquainted with it. This means confronting Stephanie Murphy, because she hates confrontation. When I spent the better part of 6-months crashing her events in an effort to highlight her hypocrisy, she looked like a frightened mess running from the camera. She lobbied to have my live videos deleted, faked security threats to have me barred from events and tried to play the victim.

But it worked. People saw her for what she was and those were some of my most popular live videos and articles. Sadly, there is only so much impact one individual can have without the actual candidates facing Murphy willing to take a similar approach. If the GOP nominee had been willing to bullhorn her highness and show the voters that he would literally take the fight to her front door… things could have been different.

People like Murphy thrive when they are allowed to hide behind the facades of civility and controlled settings where they know they aren’t going to be challenged. Murphy has an awful lot to say from behind a podium or in the comfort of a TV studio, but goes mute when she is confronted in real-time for the whole world to see.

So. What can be done in 2020 to make sure that Murphy is exposed for the left-wing, uber-rich, war mongering deep state barbie that she is? Candidates wanting to face her must start confronting her NOW. They must do so in non-traditional ways.

She hates confrontation, therefore, we must confront her. Make her run from tough questions on live feeds, make her cancel appearances because she is too cowardly, force her to make more false statements to law enforcement agencies in an effort to get taxpayer funded protection that she uses as her personal goon squad.

Murphy can be beat… but not with the old ways. Those looking to give her a peace of their minds and show some balls can find her at these community events next week. Be peaceful, but remain firm. We have the right to confront our elected officials, no matter how uncomfortable it makes them.

I may or may not be there.