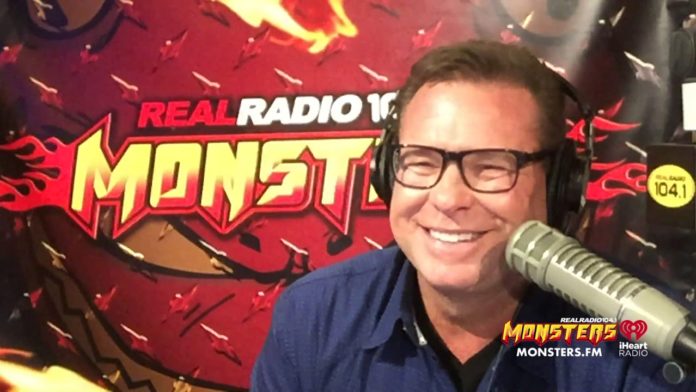 Less than two-weeks before the 3rd anniversary of the terrorist attack at Pulse nightclub in Orlando, a Central Florida radio host at 104.1FM launched into a tirade against “homos” and “gay experiences”.

104.1FM’s Russ Rollins is no stranger to controversy. For years he has been embroiled by numerous allegations of long-term physical abuse by his ex-wife and former flame, which we reported on extensively in 2017. He is still tied up in a lawsuit from his ex-wife, which will hold some important hearings in the near future.

104.1FM’s Russ Rollins Abused Me, My Message To Other Women

Netflix’s What/If series with Rene Zelwegger and the acclaimed Booksmart coming of age story, both featuring gay relationships and sexual encounters, did not sit well with Rollins. He obsessed over how everything had to be a “homo experience” or “gay experience” where “everyone is gay.”

His commentary was started with sounds of disgust as he complained about how much he disliked Booksmart, which has been billed as this generations Superbad, with a gay-tilt.

“Everyone is gay nowadays,” Rollins exclaimed before stating that Booksmart and What/If was “gay overload” and “too much.”

Airing during the opening hour of his 6-10am morning show on 104.1FM, Russ’s not so subtle homophobia was broadcast as gay teens could have been listening during their ride to school. For those who are still closeted and still dealing with coming to terms with their sexuality, the discussion lead by Rollins could be deflating to say the least.

I am not the most flamboyant member of the gay community and I often don’t subscribe to the more radical forms of displaying our sexuality as gay men or women. However, the idea that Rollins is so offended by the fact that gay people and gay sex might be part of a film or TV show in 2019 is beyond backwards. Gay people are people. They have sex.

One of his co-hosts interjects later in the segment to try and explain to Rollins that the entertainment industry has focused predominately on traditional relationships with mostly white men and women for a long time, hinting that it’s not odd or wrong to include the gay community in the film or television landscape.

Then the panel debated whether or not there should be a “gay warning” for programming to warn viewers who might be disgusted with seeing ANYTHING GAY.

“They are sacking and whacking. Beating me over the head with everyone’s gay and everyone is trying it. OH GOD,” he concluded before ending the segment to discuss National Hamburger Day.

I find these comments to be more than gross, they are lazy attempts at being controversial and macho for the sake of being macho. So they are double offensive. Moreover, to be this obtuse in this day and age in Orlando… with less than two weeks before the three-year anniversary of the Pulse terrorist attack is just plain stupid.

The Anatomy Of A Thin Skinned Shock Jock

Rollins’ comments are bigoted comments. I don’t like them. Most people will find them lazy or offensive. However, that does not mean that I think he should be de-platformed from social media for saying something offensive. As it pertains to his employment with 104.1FM and iHeart Radio, it is up to his advisers and viewers to decide if he is the type of man they want to continue backing and if his comments are comments they believe positively reflect the culture of their company.

“Orlando and Central Florida are areas of opportunities, we draw all sorts of people. It’s sickening to see someone be attacked for simply being different. As Chairman of the Orange County Republican Party, we are an inclusive group that wants to know people for who they really are and not minimize them. As a nation, we want people to be happy and find success. The same goes for Orange County. It’s sad to see commentary like this from Mr. Rollins,” Charles Hart, the Chairman of the Orange County GOP told the Central Florida Post.

Try to digest the entire rant… if you dare.