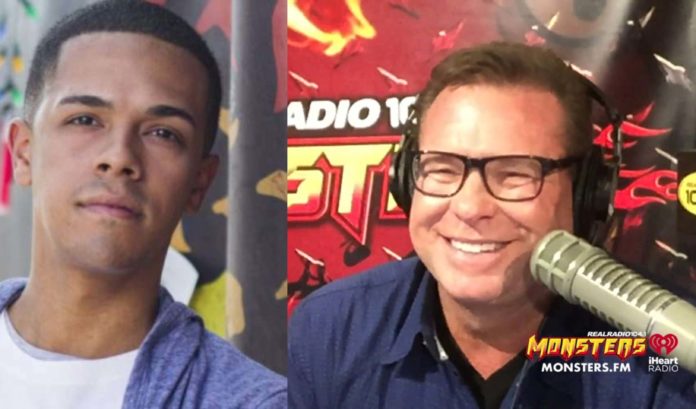 A spokesman for Equality Florida, one of the states oldest and most active LGBT-rights groups, called his homophobic on-air rant “out of touch.”

Days after a Central Florida Post report detailing a disturbing homophobic rant from 104.1FM’s Russ Rollins, host of Monsters in the Morning, Equality Florida has now reviewed the segment.

In it, Rollins was audibly disgusted about “homo” and “gay experiences,” in modern film and television. You can read our initial report and listen to the entire clip below.

Spokesperson Brandon Wolf, a survivor of the Pulse nightclub shooting, said that LGBTQ representation is key to ensuring equality for all. Equality Florida and Wolf have spent the past few days highlighting how GOP State Representative Mike Hill laughed at the idea of executing gays, which you can read more about here.

Rollins is no stranger to controversy, though this is the first time he has drawn ire for engaging in rabid homophobia. Over the past few years, he has been exposed as a physical abuser of his ex-wife and another former flame. We reported on that in 2017 and he remains tied in court battles with his ex-wife, who was a victim of Rollins’ wife-beating.

iHeart Media, which runs 104.1FM and a host of other radio stations in the Orlando market, has refused to comment on Rollins’ attacks on the LGBT community, ignoring emails and calls for comment for several days.

We expect to have a follow up regarding how advertisers of Monsters in the Morning on 1041.FM are reacting to the homophobic rant, where Rollins is the main host and draw.