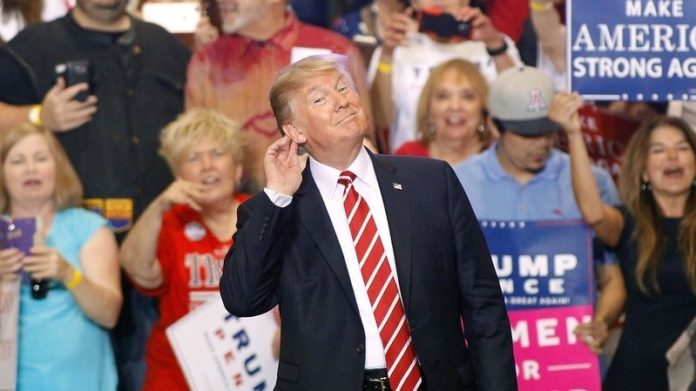 The following list of activists posing as journalists is to be used as a guide-of-sorts for Trump supporters converging on Orlando for the President’s 2020 re-election kick-off. Speak with them at your own risk…

I spent the weekend debating whether or not to publish this list. Is it proper to showcase photographs of journalists who are likely to cover Trump’s rally because they have different viewpoints than I do? Is it acceptable to alert tens of thousands of their questionable coverage when it comes to conservatives or anyone known to support President Trump?

Under normal circumstances, if these people were behaving like legitimate journalists, the answer would be no. Doing so would be petty and childish. However, each of the people mentioned in this article have a history of supporting dangerous alt-left activities and political violence in the Sunshine State. They have a history of calling for the deplatforming and censorship of conservatives, fulfilling their roles as activists masquerading as “journalists”, who are provided cover by their fellow allies in the mainstream media and leftist politics.

They will misquote you, frame you as an extremist and member of a hate group for the sole crime of not buying into the Russiagate conspiracy. So… if you see them skulking around the Amway Center or Downtown Orlando on June 18th, steer clear. If you decide to speak with them, record it from end to end and remind them that they are the Enemy of the People if they begin to harass you with inappropriate questions.

All information published below is publicly available and displayed on their own public social media profiles. None of this information is private or could be considered as such in any way.

Many of you know that I am not on Twitter anymore due to a suspension that is currently in the appeal process. However, that doesn’t stop Wolf from dispensing tweets about me several times a week. He has an anemic following and consistently promotes alt-left conspiracy theories. He doesn’t understand basic economics and desperately wants his fantastical wet-dreams about Trump colluding with foreign powers to be true… because… it will crush the patriarchy and smash the fascists or something like that. A virulent anti-free speech crusader, he also believes that only people who agree with him politically deserve the right to express themselves, a truly fascist idea. Anyone who challenges him is basically Hitler or a white nationalist according to Colin and the #Resistance apparatchiks that whisper to him throughout the day. Wolf also repeatedly prints false statements and ignores the core tenets of journalistic ethics. Most recently, he glorified the political violence against Congressman Matt Gatez, and continues to support physical attacks on people that he disagrees with politically. He needs to get help and we hope he does!

Mr. Ianelli seems to suffer from the same acute strain of Trump Derangement Syndrome as Colin Wolf. Everything bad that happens is somehow tied to Donald “Hitler” Trump or Charlottesville. He claims to cover civil rights for the Miami New-Times, but doesn’t seem interested in the civil rights or free speech rights of anyone except people who agree with his radical alt-left leanings. Iannelli, like Wolf, supports violence against people he disagrees with politically. Mr. Iannelli has gleefully covered the attack on Congressman Matt Gaetz from a crazed alt-left activist in North Florida less than two weeks ago. Enrique Tarrio, an Afro-Cuban Trump supporter, has been a frequent target of Iannelli’s misleading reporting, with many wondering why he continues to attack a person of color for supporting President Trump.

Cordeiro recently left the Orlando Weekly as their top staff writer and digital editor after several years cheer-leading alt-left political causes in the Central Florida area. Ms. Cordeiro is known to promote radical conspiracy theories and alt-left talking points regarding ICE, writing things about the immigration agency that would make Alexandria Ocasio-Cortez blush. Her biggest crimes against journalism might not necessarily be her own content, but her approval of content from the increasingly unstable Colin Wolf. Monivette has jumped ship to the mainstream propaganda machine known as the Orlando Sentinel, but her alt-left leanings were not left behind at Orlando Weekly. One of her first major articles was defending the legacy of anti-death penalty State Attorney Aramis Ayala, who is a known puppet of George Soros.

While there will certainly be more activist journalists looking to concoct a negative hit-piece on Donald Trump and his supporters at the June 18th rally, the above three are local to Florida and we suspect that they will be looking to do everything in their power to paint the rally in the most negative light possible.

Also look for them to provide glowing promotional content to the anti-Trump gathering being held just a few blocks from Amway Center in the hours leading up to President Trump’s rally.

Most importantly, if any counter-protesters supporting Trump show up to let their voices be heard, they will all work in concert to malign American’s participating in their constitutionally protected free-speech rights as “Nazis” and “literally Hitler”.

This information is for informational purposes only. We are not encouraging you to harass or harm these activists masquerading as journalists. We encourage you to not engage with them, and if you do, have several people record the exchange on camera.

Reminding them that they are the Enemy of the People for peddling alt-left conspiracy theories and fake news should be done at your own risk.