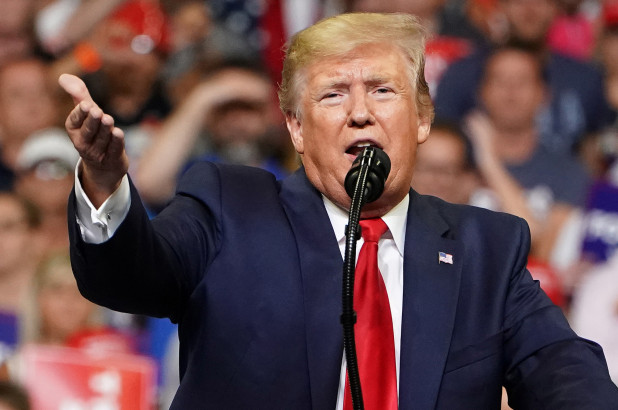 The have defended their choice to welcome customers from both the left and the right, refusing to cave in to the outrage mob of WHITE progressives who are attacking them!

The District Gastrobar on the West end of Church Street in Downtown Orlando, is a minority owned business that made it clear to passersby that no matter your political affiliation, all were welcome to enjoy their custom cocktails and cuisine. During President Trump’s re-election kickoff in Orlando, dozens of his supporters decided to hold court at District Gastrobar for the duration of the day.

I was at the bar with them, covering the rallygoers and alt-left gathering of Trump haters a few blocks away. The Proud Boys, a pro-Trump men’s fraternal organization and drinking club, represented a large portion of the patrons for District Gastrobar, but were also joined by people of all political affiliations who appreciated the amazing staff and top-notch menu offerings.

According to The Daily Beast, Proud Boys Chairman Enrique Tarrio confirmed that his groups cleaned the bar out of almost all of their beer!

Despite this, white progressives have decided to attack the owners of District Gastrobar in the recommendations section of their Facebook page for refusing to discriminate against potential customers based on their political beliefs. Yes, you read the right, a group of WHITE Orlando-based progressives are attacking a minority owned bar and restaurant for the high-crime of serving peaceful customers.

Isn’t that what they are supposed to do? To provide refreshment and nourishment to those seeking it? As is the case with most alt-left meltdowns, Orlando progressives are labeling District Gastrobar as a haven for “Nazis” and “white supremacists”, ignoring the fact that the Trump supporters who spent the day at District Gastrobar were from all races and walks of life.

This type of behavior is symptomatic of the alt-left, which attacks anyone who supports President Trump with unsubstantiated allegations of racism and being “just like Hitler.” They will even attack a minority owned business for NOT DISCRIMINATING against fellow Americans, while also claiming that peaceful Trump supporters are racists and bigots.

For those sane people reading this article, click this link and show District Gastrobar some love for being easy-going entrepreneurs who don’t discriminate against their fellow Americans for holding differing political viewpoints.

The have defended their choice to welcome customers from both the left and the right, refusing to cave in to the outrage mob of WHITE progressives who are attacking them!