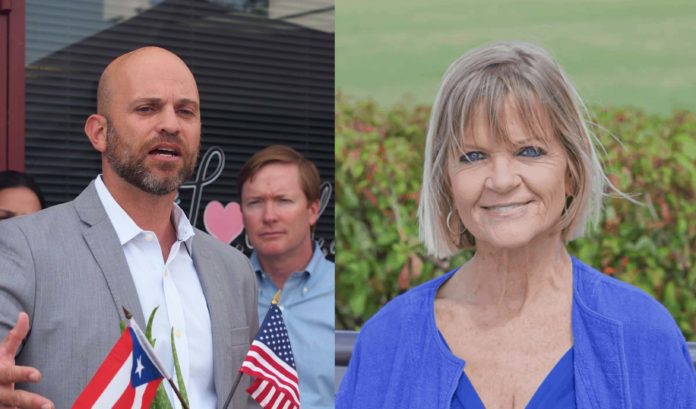 The mostly moderate State Representative for Florida’s 50th district is facing his first leftist (Alt-Left) Democrat challenger since being elected in 2014.

Florida’s 50th State House district is a lesson in moderation. It has always leaned towards a more moderate approach when residents select who they want to represent them in our state capitol. Incumbent Rene Plasencia is a Republican, but not a fire-breathing conservative die-hard by any means.

He is an educator and well-known local high school track coach. While he follows Republican orthodoxy on most issues, he has broken from the GOP on the more aggressive pieces of legislation on immigration and healthcare. Even though I have been vocal in my opposition to Plasencia’s more moderate stances, his political outlook fits the district that stretches from East Orange into Brevard County.

Historically, the closest any Democrat has ever come to winning this district was in 2012 when moderate Democrat Sean Ashby ran against former incumbent GOP Representative Tom Goodson. Unlike Plasencia, Goodson was about as right-wing as you could get in the Florida legislature. Out of 71,311 votes cast, Ashby came within about 4,000 votes on a shoestring budget with little to no support from the local or state Democrat party.

A moderate Ashby against a far-right Tom Goodson was the best shot Democrats had at stealing this district and they hardly lifted a finger for Ashby. Ashby tried again in 2016, but this time it was against Plasencia. It was moderate versus moderate and voters went with the incumbent as is the case in most elections unless the current incumbent has been busted in a corruption scandal or a kinky sex scandal. This time he lost by more than 13,000 votes.

Since 2016, the Democrats have not gotten more moderate. They have become increasingly unhinged and associated with the violent alt-left, a collection of anti-Semitic and impeachment crazed groups that favor civil unrest over our system of fair elections.

Plasencia’s 2018 Democrat opponent was not extremely left-wing, but she was not moderate either. She lost by 7,000+ votes. Which brings us to the current Democrat candidate for State House district 50 in 2020, Avalon Park resident Nina Yoakum.

Mrs. Yoakum has been seen at several alt-left gatherings in the past year, including demonstrations that have advocated for abolishing the 2nd amendment or confiscation of firearms. While her other campaign positions are not currently known, it is unlikely that she will decide to practice moderation in her campaign against Plasencia. Democrats are behaving more like the domestic terrorist organization Antifa and less like the party of John F. Kennedy. In fact, her radical anti-gun positions seem to be the root of her motivation for mounting a campaign.

Plasencia’s vote to arm teachers in Florida, a measure meant to improve the safety of students and school staff following the Parkland massacre, is the main reason why Yoakum has filed to run against him. According to Florida Politics, that vote pushed her from activist to candidate.

Voters would be wise to demand answers from Yoakum on her associations with the alt-left, in particular the Women’s March and radical anti-gun groups that want to erase the 2nd amendment from our founding documents.

Further, is she an admitted socialist or communist? Where does she stand on impeachment? Does she think President Trump and Republicans love America? Or does she think we are enemy combatants doing the bidding of Russian President Vladimir Putin?

As 18+ year resident of this district, I will make sure my neighbors know exactly where she stands.