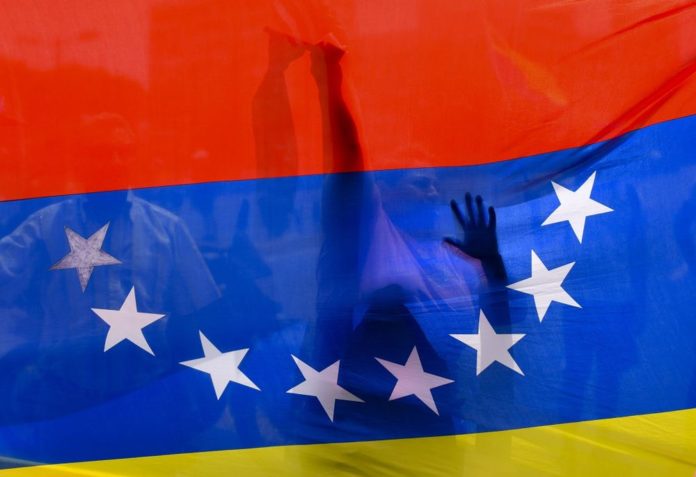 With the outrage over alleged Russian interference in the US presidential election, one wonders where anti-Trumpers like William Diaz hide when his organization Casa de Venezuela backstab their most ardent supporters such as Florida’s US Senators, our President and Vice President.

Denouncing the oppressive Maduro regime, sanctioning the state of Venezuela and welcoming asylum seekers to the US doesn’t appear to be enough for one Venezuelan advocacy organization in Central Florida. Casa de Venezuela spends much of its time advocating for Venezuelan causes in the United States. Though most of its leadership is not comprised of American citizens, the organization sees fit to inject themselves in the US political process.

William Diaz, an alleged pacifist and socialist, leads the organization. Diaz spends most of his time criticizing elected officials who put the interest of America first, instead of bending it to the will of some foreign influence. When Anna Marie Rodriguez, a Republican from Doral, voted for the recent sanctuary city bill, Diaz criticized her saying:

Mr. Diaz is not wrong. Anna Marie Rodriguez did not represent the Venezuelans living in the state of Florida. In fact, it’s not her job to do so. The solemn duty of Miss Rodriguez does not consist of implementing the will of some foreign entity with taxpayer dollars. Her job is to represent the American people and American interests, no matter what those Americans’ ethnicity may be.

With the outrage over alleged Russian interference in the US presidential election, one wonders where anti-Trumpers like William Diaz hide when his organization Casa de Venezuela backstab their most ardent supporters such as Florida’s US Senators, our President and Vice President.

Diaz and his communications director Ali Suárez spend much of their time vacillating between whatever political party fits their agenda at the moment—forget loyalty. One anonymous Republican source who worked with Diaz and Suarez described them like this: “They’re the modern Benedict Arnolds of our time.”

When Suárez and Diaz aren’t protesting President Trump’s reelection campaign, they spend time begging him to sign a bill granting temporary protected status for asylum-seekers. Casa de Venezuela communications director Ali Suárez and President William Diaz enjoy paling around with GOP lawmakers for photo-ops, but do not mind jumping through hoops to promote the agenda of Democratic lawmakers at round-table meetings.

A more concerning aspect of their behavior comes from the fact that their organization allegedly acts as a de facto foreign lobbying group here in the United States, though not actually registered with the government. Given their potential violation of the Foreign Agents Registration Act (FARA), Casa de Venezuela should spend more time focusing on their legal team than Trump.

Any reasonable American must question the intentions of these individuals and where their true allegiance lies. Certainly the Venezuelan people must be supported against the tyrannical Maduro regime and his socialist tirade against the good people of that country. As representatives of Venezuelan interests, Casa de Venezuelan does a poor job of advocating for their cause.

Though we have supported their efforts in the past, including a hastily organized gathering supporting opposition leader Juan Guaido’s recent uprising, the organization has lacked a certain balance in recent months.

We stand with Teddy Roosevelt…

We understand Casa de Venezuela’s focus on issues important to the Venezuelan community. However, the interests of a foreign state and people shall never come before that of the American people.