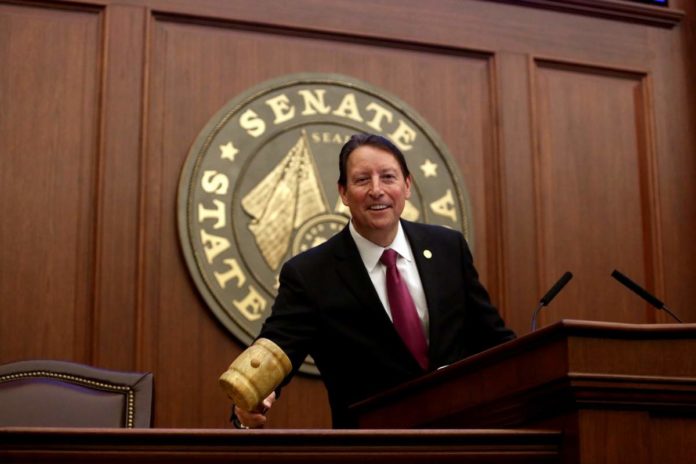 Senate President Bill Galvano announced that the Florida Senate would review mass shootings and the role of white nationalism in the crimes, whitewashing the carnage in Chicago or shooters with alt-left ties.

As is the case every time a mentally deranged individual commits an act of violence, if anything in their past can be tied to Donald Trump or opinions to the right of Karl Marx, the mainstream media and modern Democrat Party presents it as proof positive that Trump’s rhetoric “kills people.” However, when a mass shooter like the one who murdered nine people in Dayton over the weekend has documented ties to the alt-left, progressive journalists and Democrat politicians… we are told that you can’t blame Democrats or the media. When a high-ranking and well known member of Antifa tried to firebomb an ICE facility in Tacoma, Washington in hopes of harming as many ICE employees as possible, the media whitewashed the reports and progressives celebrated their fallen comrade.

In fact, the media and Democrats often claim that because people like the Dayton shooter (who had known alt-left ties) was Caucasian, then that must mean he is part of systemic white supremacy and therefore President Trump and Republicans are still to blame for the acts of a deranged mind. Weak kneed politicians in the Republican Party get sucked into having to condemn these acts of violence, as if any sane person approves of them, while Democrats and the mainstream media go mum on their actual involvement in radicalizing mass shooters like the Dayton shooter. They don’t have to apologize or denounce, in fact digital media platforms like Facebook and Twitter deleted the accounts of the Dayton shooter after it was reported that he was potentially radicalized by people like Jared Holt of Right Wing Watch.

We never hear corollaries between race and gun violence when dozens of people are shot and killed weekly in Democrat strongholds like Chicago, where black-on-black gun violence continues to increase at a breakneck speed.

Let me be clear. We need to address mass shootings and all forms of gun violence. However, it must be done so free of political posturing. You have to be mentally insane or hopped up on psychotropic drugs to commit these acts of violence. Yes, you can be influenced by the media or the political climate, but millions of Americans read fringe content and never harm a fly. But if the Florida Senate wants to buy into the alt-left conspiracy theory that all mass shooters who happen to be racists must be Trump supporters and therefore the President is inciting mass violence perpetrated by White Nationalists game, we should do the same for the other side.

The fact that Senate President Bill Galvano has claimed in statements definitely that the recent rash of mass shootings is inexplicably tied to White Nationalism should trouble Floridians. What about the Dayton shooters ties to the alt-left and radicalization by the mainstream media that regularly platforms mentally ill pundits and Democrat elected officials who call for violence against President Trump and all Republicans for the crime of wanting secure borders or wanting to put the needs of America and Americans before the needs of illegal immigrants and foreign nations?

If Senator Galvano does not address the role of the alt-left and mainstream media in radicalizing several of the most recent mass shooters, his hearings should be protested and disrupted, peacefully of course. He and all those participating that refuse to acknowledge the role of psychotropic drugs, the alt-left, Democrat politicians and the mainstream medias involvement in recent mass shootings should be shouted down and confronted, peacefully of course.

Republicans, Trump supporters, and proponents of the 2nd amendment who refuse to do so should might as well join the #ImpeachTrump ranks, along with the violent domestic terrorist organization known as Antifa. In these circumstances, anyone who considers themselves a lover of liberty and freedom cannot kowtow to the alt-left fueled demands for meaningless statements of  condemnation and ideological sacrifices to the social justice crowd.

Either the results of gun violence matters, or it doesn’t. The race, political affiliation or internet search history of the shooters either matter all the time, or not at all. Senator Galvano should be well aware of the responsibility he has to make sure that all alleged sources of gun violence and mass shootings are discussed during his upcoming hearings.

Ignoring one point in favor of addressing another because of pressure from the increasingly unstable Democrat Party and their allies in the mainstream media should be considered criminal, for it sacrifices long-term change for a temporary reprieve from social justice warriors and deranged journalists who have long abandoned their journalistic ethics in their quest to destroy Donald Trump.