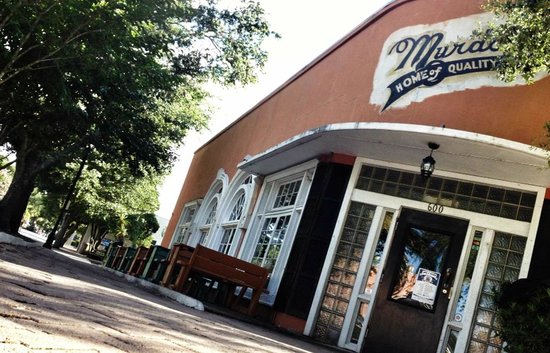 The Cocoa Village establishment, currently under fire for allowing their manager to assault a disabled veteran earlier this month, has garnered nearly 40 violations already this year.

When the people behind Murdock’s Southern Bistro in Cocoa aren’t allowing their patrons and staff harass individuals because of their political beliefs, they seem to be falling short time and again on their regularly scheduled health inspections. According to a database of reports compiled and made available by Florida Today, Murdock’s has racked up a whopping 400+ violations since 2013, the furthest back the database goes.

Ten of those violations, all under the leadership of Manager Vince Cancasci, were designated as “high priority”. According to Florida’s Department of Business and Professional Regulation (DBPR), High Priority Violations are those which could contribute directly to a foodborne illness or injury. High Priority lodging violations are those which could pose a direct or significant threat to the public health, safety, or welfare.

These high priority range from pesticide emitting strips present in the food area to stop sale orders on food due to temperature abuse. Murdock’s has improperly stored or reheated raw chicken and calamari in ways that were outside of time or temperature food safety guidelines.

The food items were being handled or kept at temperatures that could lead to food borne illness.

Cleanliness of the instruments used to prepare food or utensils provided to their customers have also garnered Murdock’s “high priority” violations. The dishwasher chlorine levels were found to be below required standards, being found at a minimum strength not able to properly cleanse the utensils. July’s inspection also found food not being stored in a wholesome, sound condition, a violation that resulted in another stop-sale order.

While Murdock’s manager Vince Cancasci seems fixated on harassing and assaulting patrons because they wear clothing with political statements that he finds offensive, Mr. Cancasci does not seem adequately focused on adhering to state guidelines that make sure the food and drink served in his establishment are safe for customers to consume.

Maybe Mr. Cancasci should worry about keeping Murdock’s Southern Bistro in compliance with health code and DBPR regulations before instigating and promoting violence against patrons that he and his staff disagree with politically.

A follow up story on Mr. Cancasci physical confrontation with a patron and the 911 phone calls, containing false allegations and lies, will be forthcoming in the next week.

If you have any information about health code violations or inappropriate behavior by Mr. Cancasci or his staff, please feel free to email me personally at engelsja@gmail.com.